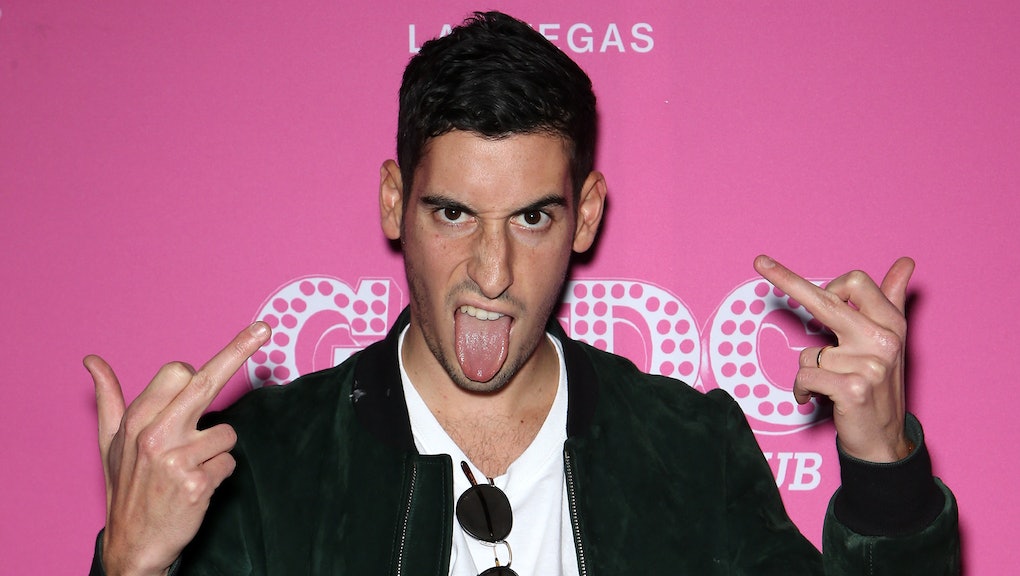 Over the summer, one-time comedy king of Instagram, @thefatjewish, was unmasked as a meme-stealing internet fraud. Then there's @fuckjerry, who's certainly funny, but possibly passé at this point. Looking for some new Instalaughs? Check out our list of the nine best accounts to follow in 2016, arranged below in no particular order.

Chill Wildlife also won a spot on our best animals of Instagram list, because Chill Wildlife is a winner. Photos are always properly attributed to their original source and also, generally perfection.

Lady love of Elliot Tebele, the man behind @fuckjerry, may in fact be funnier than her Instafamous husband. Jessica Anteby, who runs the Instagram account BeigeCardigan, mostly uses other people's memes, but her curation is solid, as is her editorial commentary, so she wins a spot.

A top-notch account for unusual celeb shots and collages, but OfficialSeanPenn's commentary is really where it's at. The work is not always his own, but the captions mostly make up for it.

The Sedaris family is a funny one. Amy, sister of writer David, is an actress, author and an Instagram champ. Much (but not all) of her content is original; everything she posts speaks to a very particular, slightly dark sense of humor. Her feed usually features retro oddities and bizarro scenes, often from her everyday life.

The caption reads: "It's all gravy."

Nothing like a good William Wegman shot to celebrate #fashionweek. #WegmanWednesdays perhaps.

Pretty straightforward. This account is run by a woman who reportedly owns a dozen or so long-haired cats. Not too much variety within her pictures; the comedy — in our opinion — comes from a happy marriage of three factors: 1. Volume of cats; 2. Their apparent (and alarming) pack mentality; 3. The often murderous look on their weird little faces. (See center beige cat, below.)

Sonny5ideUp is a New York artist with a delightfully bizarre Instagram feed. As almost all Instagram stars do, they recycle others' content; they also provides their own, watermarked with a signature fried egg. The humor is on-point, also off-beat, generally dry and usually eggcellent.

The personal account of model Tilda Lindstam, who is both beautiful and very witty. Lindstam is a master of the pun and of charmingly self-deprecating humor. She posts a lot of selfies, true, but generally not of the "hey everyone, come see how good I look" variety. Lindstam tends toward no-frills, no-makeup face shots with fantastic captions (see below). Tilda Lindstam, we salute you.

The caption reads: "Copy my shit, expect to get hit."

The caption reads: "These bitches stole my look."

The caption reads: "Talk to the ham."

Again, the handle says it all. These are candid shots of men looking terminally chill, bored to tears, or unapproachably prickly in public. Often in shopping scenarios. Simple, stealthy brilliance.

The caption reads: "It's a war zone out there. Women trying on clothes and #miserablemen scattered about the store."