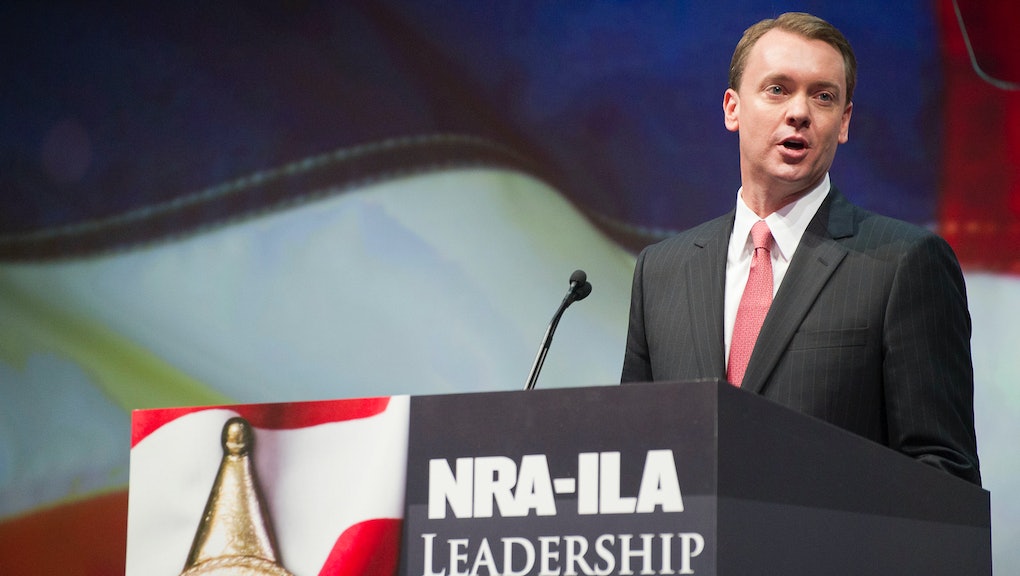 It may come as no surprise that the National Rifle Association isn't in favor of President Barack Obama's series of newly-announced executive orders tightening gun control. The pro-gun organization released a statement Tuesday criticizing Obama for his "emotional, condescending lecture" on Tuesday and the Obama administration for what the NRA said was its "contempt for the second amendment."

"Once again, President Obama has chosen to engage in political rhetoric, instead of offering meaningful solutions to our nation's pressing problems," executive director of the NRA's Institute for Legislative Action Chris W. Cox said in the statement following Obama's televised speech. The president announced, among other things, the intent to strengthen background checks and implement stricter requirements for selling guns.

In the statement, Cox also said Obama's speech "represents an ongoing attempt to distract attention away from his lack of a coherent strategy to keep the American people safe from terrorist attack" and was "completely devoid of facts." He also said the proposed orders wouldn't have prevented any of the recent mass shootings (Newtown, Connecticut; Charleston, South Carolina; and San Bernardino, California, to name a few) and that the NRA "will not allow law-abiding gun owners to be harassed or intimidated for engaging in lawful, constitutionally-protected activity."

Obama announced the executive order in a broadcasted address Tuesday in which he teared up while reflecting on the laundry list of mass shootings that the United States has experienced in recent years.

The actions, which will go into effect without congressional approval, include measures designed to close the "gun show loophole" that allows people to purchase arms from vendors at gun shows and online without being subject to a background check. Obama is also calling on Congress to invest $500 million to widen access to mental health services.