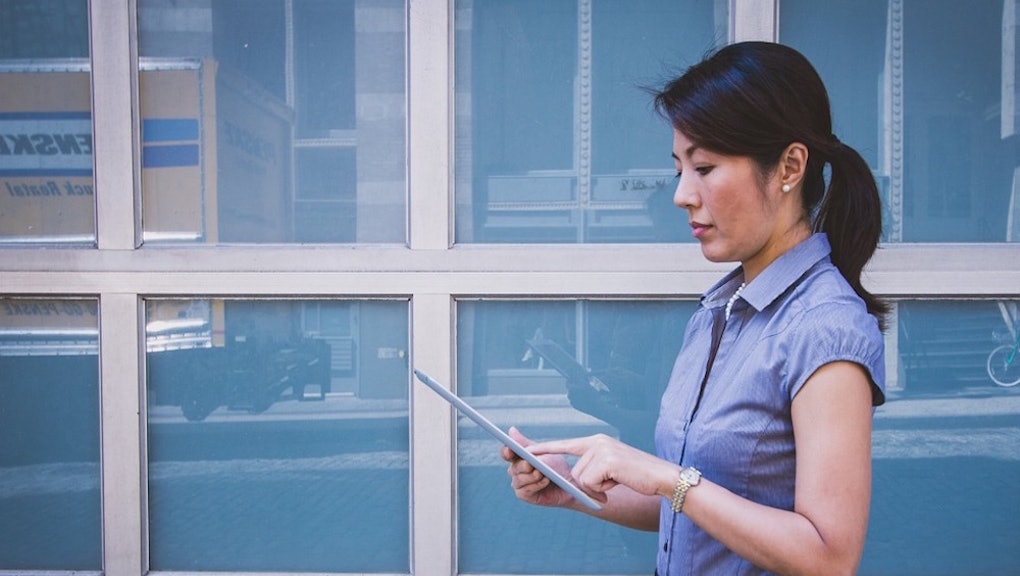 Women Won't Achieve Equality on Corporate Boards for Decades, According to a New Study

In a nation where women still struggle to achieve basic control over their bodies and to convince others their gender has no bearing on their intellect or competence, it's perhaps unsurprising men are still considered default leaders. Yet, what may shock some is that despite decades of fighting for equality, women still have a ways to go to overturning ridiculous, sexist standards — and in some cases, can expect persistent inequality for decades to come.

A recent study of corporate boards demonstrated this point well: Although the number of women holding corporate board seats doubled between 1997 and 2014, women still won't achieve equal representation on these boards for more than four decades at this rate, Fortune reported based on a recent Government Accountability Office study. Though a "doubled" rate seems impressive, it still resulted in female professionals occupying just 16% of all seats — and those who did occupy seats did so for shorter tenures.

A group of high-ranking female "stakeholders" interviewed for the report identified several factors they believe contribute to this disparity: Men with power to appoint others to these seats frequently draw from within their own networks, which are predominantly male; women are still viewed as tokens, so one female appointee is often deemed adequate to fill a quota; and there is a low turnover rate for such seats, allowing fewer opportunities to appoint new women altogether, the female stakeholders said, Fortune reported.

Of course, being financially and professionally positioned to be on a corporate board is itself a status of immense privilege. While achieving equal opportunities to lead at the top may be crucial to achieving it on all levels, many women still struggle for basic measures of equality in their daily experiences. Women in the United States are paid less in all industries at every level for the same work as men, according to one 2015 study. In 2014, women working full-time in the U.S. made 79 cents for every dollar their male counterparts made, and the gap was even wider for women of color, according to the American Association of University Women.

Increased attention has also been paid in recent years to the underrepresentation of women on all levels of other traditionally male-dominated industries. Men still overwhelmingly dominate the top of the entertainment industry, for example: Studio senior management is 92% white and 83% male, according to a 2015 Women's Media Center report. This inequity established at the top is evident on all levels of the industry, too. Only 12% of on-screen protagonists in 2014 were played by female actresses and only 17% of directors, producers, writers, cinematographers and editors for the 250 most profitable films made in 2014 were women, according to the same report.

Technology is also historically and heavily inhospitable to female leadership. Only 1 in 7 engineers is a woman, according to U.S. Commerce Department, and less than 1% of employed scientists and engineers are minority women, according to a National Girls Collaborative Project report.

That women made progress in corporate America at all over the past few years is commendable, but this report is a pertinent reminder that the road to true gender equality is a long one — and one as rooted in representation and opportunity as it is in rhetoric.