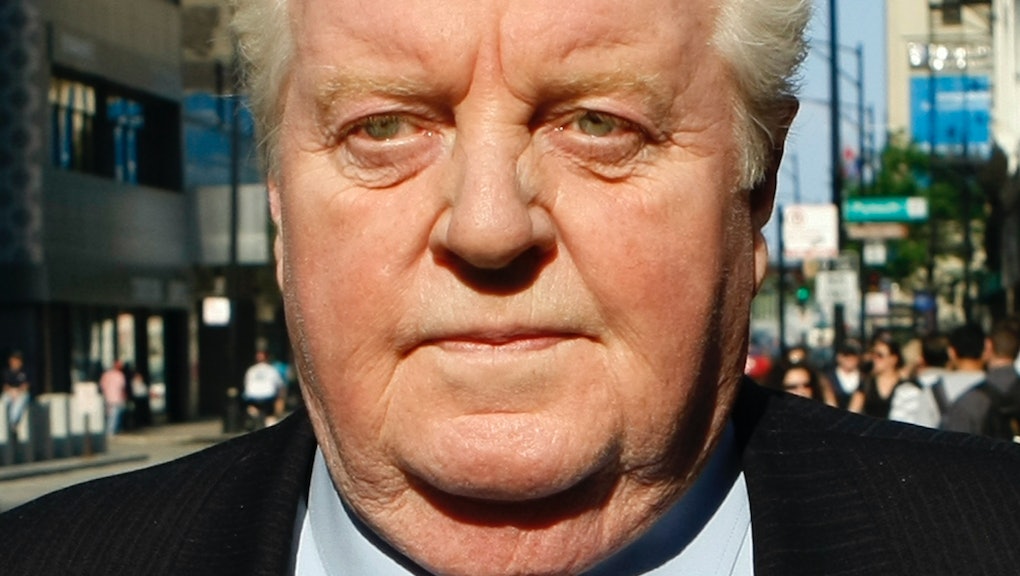 Fifty-seven people tortured by former Chicago police commander Jon Burge will be paid $5.5 million by the city as reparations for their suffering, Reuters reported Tuesday.

The settlement stems from allegations going back to 1972, two years after Burge was hired by the department. Between then and his firing in 1993, Burge and a group of detectives under his command — known as the "Midnight Crew" — routinely tortured and coerced confessions out of more than 100 people, most of whom were black, and some of whom are still in jail today.

The tactics the crew used reportedly included forcibly inserting foreign objects in their victims' rectums and attaching "alligator clips" to their genitals and electrically shocking them, according to the Washington Post.

The payout — which will be divided among the victims — comes as the U.S. Department of Justice descends on the city to investigate the patterns and practices of the Chicago Police Department, which has come under fire in rececnt months for a series of killings and abuses committed by its officers.

Burge's actions were brought to the attention of former Chicago Mayor Richard M. Daley as early as 1982, when Daley was the state's attorney of Cook County. Daley declined to look into the matter, and it wasn't until 1993 that the Chicago Police Board voted to fire Burge over the torture allegations.

Special prosecutor Edward Egan was appointed to investigate the former commander in 2002. The resulting 300-page report — which cost the city of Chicago $7 million to compile — did not recommend pressing charges against Burge, arguing that the statute of limitations on his crimes was up, the Post reports.

In 2010, Burge was sentenced to 4 and a half years in prison for perjury, stemming from false claims he made under oath in 2003 that he had never tortured anyone. In 2014, he was permitted to serve the rest of his sentence at a halfway house near his vacation home on Apollo Beach, Florida.

Burge was released in February 2015. He still receives $4,000 a month in pension checks from the city.

It is estimated that Chicago has spent $100 million on settlements and legal costs associated with Burge's 21-year torture campaign, according to the Chicago Tribune. The city agreed to establish the aforementioned $5.5 million fund to compensate his victims in April 2015 — the same month it settled for $5 million with the family of Laquan McDonald, a 17-year-old boy whose alleged murder at the hands of a Chicago police officer sparked high-profile protests after video of the shooting was released to the public in November 2015.

Chicago spent more than $500 million total on legal costs related to misconduct in its police department between 2004 and 2014, according to the New York Times.