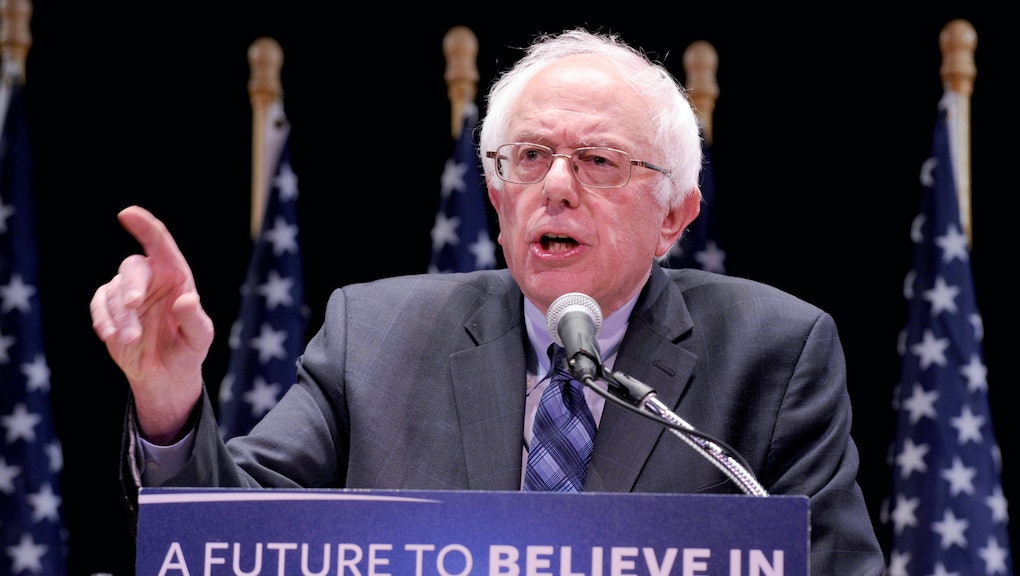 As the presidential race inches closer to the Iowa caucus Feb. 1 — the first major electoral event of the calendar year — Vermont Sen. Bernie Sanders has yet to gain significant ground on Democratic frontrunner and former Secretary of State Hillary Clinton. However, when (hypothetically) pitted against the Republicans' leading candidate, Sanders was favored over frontrunner Donald Trump, according to the most recent Quinnipiac University poll released Dec. 22.

Clinton has maintained a secure lead among the Democratic vote, closing out 2015 with 61% support among likely voters to Sanders' 30%, with former Maryland Gov. Martin O'Malley trailing at 2%, according to the poll. Alternatively, when matched with Trump, Sanders was backed by 51% of American voters to Trump's 38%. However, when paired against Florida Sen. Marco Rubio and Texas Sen. Ted Cruz, Sanders trailed by three points and one point, respectively.

These results were similar to Quinnipiac's poll released Dec. 2, where Clinton and Sanders were heavily favored against Trump, while both faced stiffer competition against other GOP candidates.

"Secretary Hillary Clinton and Sen. Bernie Sanders have to be hoping Trump is the GOP's guy," Tim Malloy, assistant director of the Quinnipiac University poll, said in a statement.

Sanders blasts Wall Street in the Big Apple: Sanders made a trip Tuesday to the heart of New York City's financial sector, where he reiterated his intention to break up the biggest banks if Wall Street does not "end its greed," according to the Atlantic.

The Atlantic reported Sanders said he wants to create a financial system that greater benefits the middle class, rather than just working for a handful of billionaires — a staple in his rhetoric during speeches and debates, and a priority issue on his campaign page.

It was also an opportunity for Sanders to contrast himself with Clinton, who has been accused of having a cozy relationship with Wall Street. Most recently, during the Dec. 19 Democratic debate, Clinton was questioned about whether corporate America should embrace her, to which she said, "Everybody should."

Sanders, conversely, wanted Wall Street to know that, if elected as commander in chief, he'd be an observant force over Wall Street, according to NPR. "Will the folks at Wall Street like me?" Sanders said Tuesday. "No. Will they begin to play by the rules if I'm president? You better believe it."

Trump gets Berned: Sanders has continued his war of words with Trump, saying he wouldn't promise to "schlong" Trump if the two go head-to-head in November, but added he's confident he'd emerge victorious, CNN reported. Sanders — who appeared on Comedy Central'sThe Nightly Show With Larry Wilmore on Tuesday night — was asked by Wilmore to explain some of Trump's recent controversial language, which seemingly stumped Sanders.

"I have yet to recover from Trump's shock that women go to the bathroom, I'm still recovering from that," Sanders said. "So schlonged, I haven't figured that out yet."

The comments come after Sanders went on the offensive in a Dec. 27 appearance on CBS' Face the Nation, where he criticized the real estate mogul for his reluctance to raise the minimum wage.

In series of tweets, Trump called Sanders a liar, and by the next day, he agreed that wages were "too low."