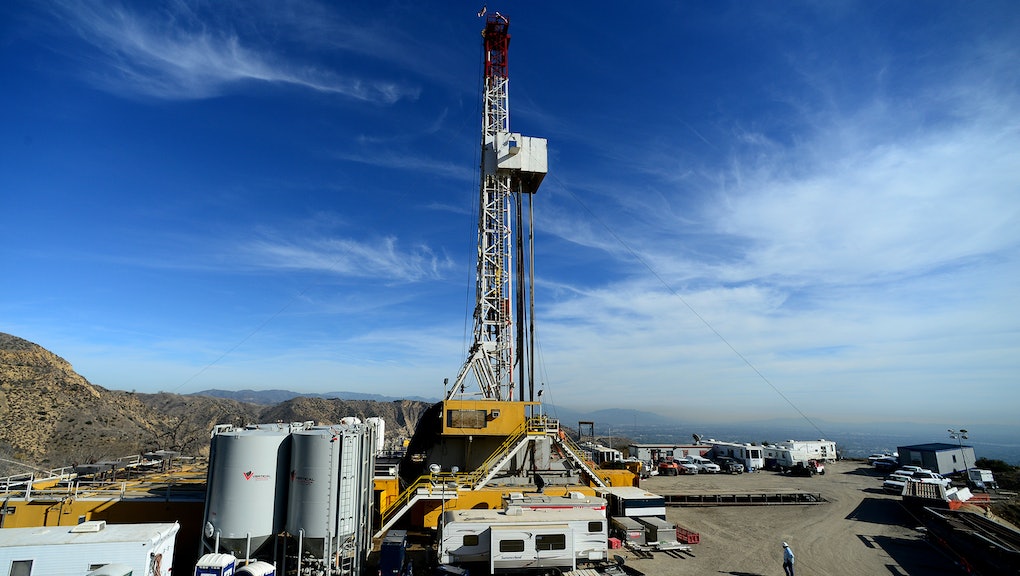 A gas leak caused by a broken well at the Southern California Gas Co.'s storage site at Aliso Canyon is becoming the state's largest single source of climate change, according to David Clegern from the California Air Resources Board, the Guardian reported. The leak is not expected to be fixed until February.

"It is in California at this point the single largest source point of global warming," Clegern told the Guardian. "We haven't been able to see anything anywhere near this size."

"The Aliso Canyon incident is an example of the type of risks we face as natural gas infrastructure ages, and is a sobering reminder of how important it is to have rules that ensure gas stays in the pipeline — not in our air," the Environmental Defense Fund website says.

The damaged well, called SS-25, goes 8,748 feet deep, the Los Angeles Times reported. Engineers guess that the leak is about 500 feet deep, and possibly caused from corrosion rather than the earth shifting.

Emergency crews for SoCal Gas have been struggling to properly plug the breach in the 7-inch wide pipes due to ice barriers and possible ruptures, the Los Angeles Times reported. Instead, they have began drilling two relief wells to intercept the leak and relieve pressure, but that will take months to complete.

The leak's peak release of methane was in November, and has reduced its pace, the Guardian reported.

The burst of methane is also causing an array of health problems — nosebleeds, nausea and headaches — to the nearby community of Porter Ranch, California, according to the Guardian. A rotten egg smell lingers in the air. Many residents have already evacuated the area, the Guardian reported.

Gov. Jerry Brown, who was accused by many citizens of ignoring the situation, finally met with some Porter Ranch residents to discuss compensation for property value damage, according to the Los Angeles Times. The Los Angeles County Board of Supervisors is trying to create a new regulatory system for the supervision of gas storage reservoirs, the Los Angeles Times reported.

There are more than 115 gas wells in California, according to the Los Angeles Times. They are inspected on an annual basis. SS-25 was last checked in October 2014.

Methane, which runs through these pipes, is 80 times more powerful than carbon dioxide, the Environmental Defense Fund reported.