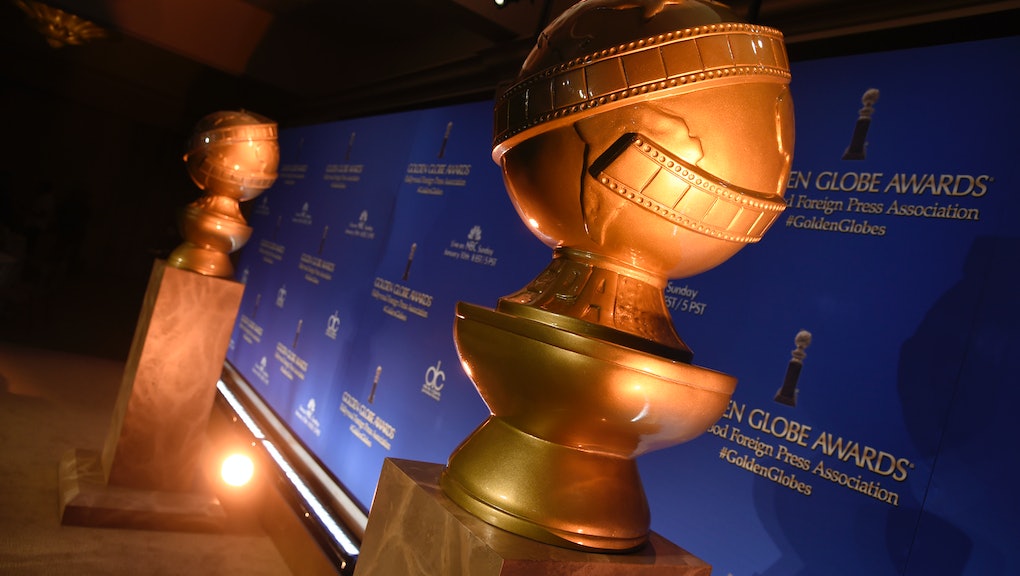 The 2016 Golden Globe Awards will air live this Sunday on NBC. The show will start at 8 p.m. Eastern, and the 73rd annual event will be hosted by Ricky Gervais. Though the famed awards show is just days away, some film and television enthusiasts can't stop theorizing about what TV shows will take home the prestigious award.

A number of popular shows are up for awards this year, many of which demonstrate how the Golden Globes has evolved to address more diverse subject matter, Mic previously reported. Among the nominees are Game of Thrones, Empire, Narcos, Mr. Robot, Outlander, Transparent, Mozart in the Jungle, Orange Is the New Black and Veep.

Though it's impossible to predict with 100% accuracy what TV shows will win in their respective categories, Gold Derby rolls together predications each year from the site's television and film critics. Those predictions added to site editors' guesses and user-generated predictions yield a composite score.

Television dramas: According to the Gold Derby's predictions, Mr. Robot has a 52% chance of taking home an award in the drama category, closely trailed by Game of Thrones with a 27% chance. The only other nominee that comes close is Narcos, which Gold Derby's composite score predicts has a 12% chance of winning. Empire and Outlander are trailing with a 5% and 2% chance of winning, respectively.

Comedy series: Perhaps unsurprising given the show's popularity, Transparent has a 79% shot at winning at this year's Golden Globe Awards based on Gold Derby's scoring system. The remaining contenders are Mozart in the Jungle with a 9% chance of winning, Veep at 8%, Casual and Netflix's Orange is the New Black both at 2% and Silicon Valley, which is scored at a 1% estimated chance of winning.