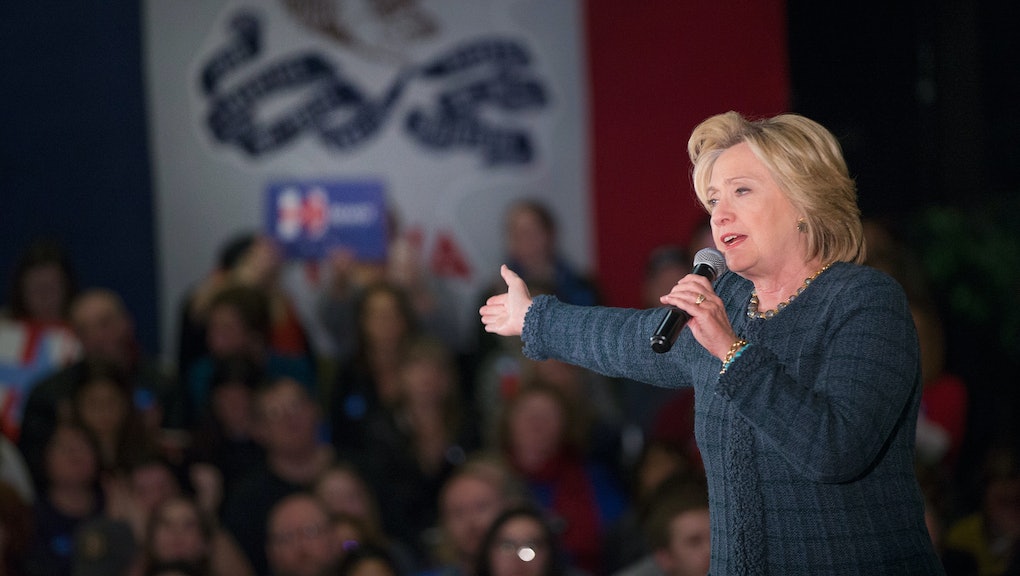 It's going to be a long year for Democratic frontrunner Hillary Clinton, whose New Year's resolution is most likely going to be very difficult to keep. On Monday while campaigning in Cedar Rapids, Iowa, Clinton announced that she will take the highroad when it comes to GOP hopeful Donald Trump this year, CNN reported.

"I've adopted a New Year's resolution," Clinton said to the audience, according to CNN. "I'll let him live in his alternative reality. I'm not going to respond."

Trump and Clinton have been verbally battling it out in the media while on their campaign trails. The two kicked off their indirect debate after Clinton referred to Trump as "ISIS' best recruiter" at the December Democratic debate.

Even Bill Clinton was dragged into the fray by Trump. Just recently, Trump compared Bill Clinton to Bill Cosby, who is facing sexual assault charges, and also called Bill Clinton "one of the great abusers of the world," according to CBS.

On Tuesday, Clinton appeared on MSNBC's Hardball to reaffirm her resolution to Chris Matthews, saying that those who "use inflammatory rhetoric" should not be rewarded, according to USA Today. When asked if Trump insulted Clinton's stamina because she is a woman back in November, Clinton stayed neutral by saying, "Why does he do whatever he does? I can only tell you what I hear from people. And what I hear from people is really about their lives and their future."

The latest Quinnipiac University Poll, which was released on Dec. 22, reported more American voters to favor Clinton over Trump.