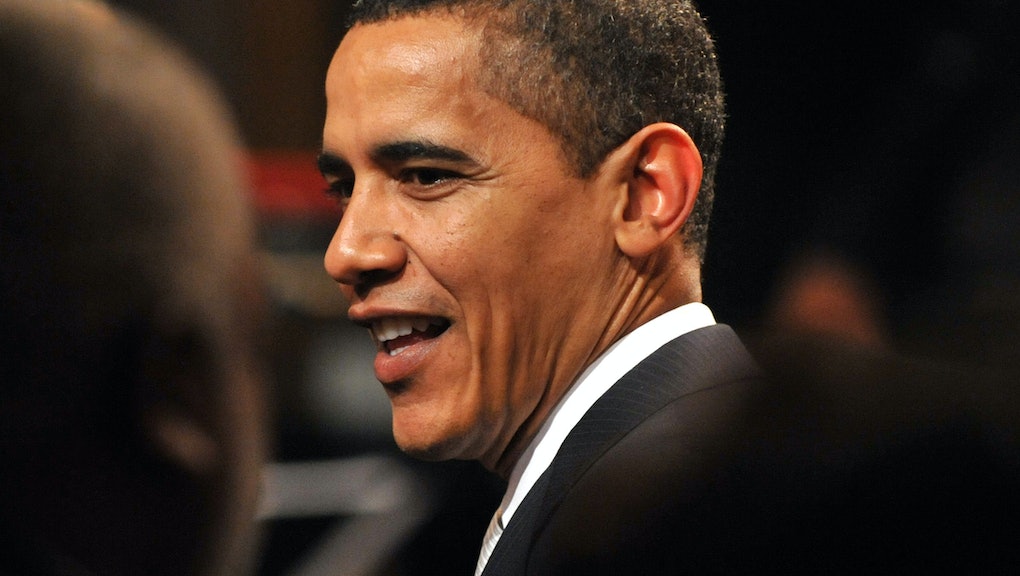 Voters in the 2008 election who saw Republican and Arizona Sen. John McCain's attack ads against then-Illinois Sen. Barack Obama may not have noticed. But a new study has turned up evidence that, while making more mundane criticisms about the Democrat's merits as a presidential candidate, those ads were rigged to make the light-skinned African-American from Chicago appear darker.

In the study, published in Public Opinion Quarterly, researchers analyzed approximately 126 advertisements that aired during the 2008 presidential campaign, and featured Obama and McCain.

They found political ad footage from both camps tended to modify opponents' faces to stand out for effect, in particular by shadowing Obama's and McCain's faces to appear darker. But the effect was much stronger for conservative attack ads against Obama — and when McCain ads attempted to tie Obama to alleged criminal misconduct by progressive organizations, Obama's skin appeared even darker.

"[T]he McCain campaign's own images of McCain grew on average lighter over time, suggesting that the aforementioned trends depicting Obama were not a relic of general trends toward darker campaign ads over time," write the authors.

According to the study, "the 2008 campaign against Obama utilized message-consistent images that primed negative racial attitudes about Blacks in ads that were most likely to air close to Election Day ... campaign advertisements attacking Obama used darker images in the most negative, stereotype-consistent ads, and that these images were more frequent in ads that aired closer to Election Day."

According to the Washington Post, study authors were able to confirm that the darker images of Obama could have caused viewers to attribute the racist stereotypes about blacks to the future POTUS. The researchers conducted a study in which participants viewed differently toned pictures of Obama and then had them complete a written task. People shown the darker image filled in the blanks with more negative words.

"Those who saw the image of Obama with light skin gave that word or another anti-black stereotype as a response 33% of the time," writes the Post. "Among those who saw the darkened image, the figure was 45%, showing that they were more likely to have those negative stereotypes on their minds after seeing the photograph."

As FactCheck.org noted in a 2008 investigation into whether Hillary Clinton's staff used similar tactics in their campaign ads, it's generally difficult to prove whether or not color manipulation is part of a deliberate attempt to plant race-related ideas in primary voters' heads, or just the result of the way attack ads are generally composed.

However, pandering to racial biases in the electorate would certainly qualify as a dirty trick, and possibly an effective one.

A 2009 study from the University of Chicago had 221 students of mixed political background look at light and dark photos of the president. The researchers found evidence that "whether liberal or conservative, the more people associated Obama with the lightened photo, the more they were likely to vote for him," according to Science Blogs.