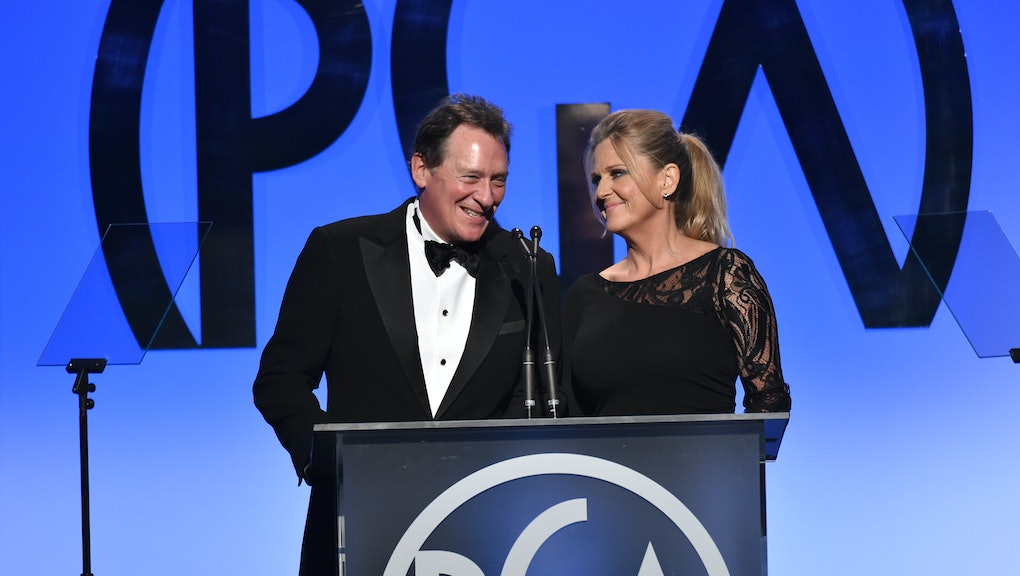 Oscars 2016 Predictions: These Are the Movies Most Likely to Be Nominated for Best Picture

Nominations for the 2016 Oscar are due any day, and now suddenly everyone's a critic. When it comes to forecasting the movies that will be nominated for best picture, the list of likely frontrunners varies depending on who you ask. Taking a look at predictions from Variety, Indiewire and AwardsCircuit, it seems four films are generally agreed-upon safe bets: The Big Short, Mad Max: Fury Road, The Revenant and Spotlight. Other buzzed-about possibilities include Room, The Martian, Carol, Brooklyn and Bridge of Spies. But there's another metric that might better measure a film's likelihood of capturing the golden statue.

"In recent years, at least seven of the PGA nominees each year were also nominated for Best Picture," Vulture's Kyle Buchanan writes. "And in 2010, the group picked nine out of the eventual ten Best Picture selections."

What's the PGA? The Producers Guild of America, whose annual award ceremony — the Producers Guild Awards — traditionally precedes the Academy of Motion Picture Arts and Sciences'. (The 2016 PGAs will be held on Jan. 23, whereas the Oscars won't take place until Feb. 28.) PGA nominations for the 2016 Darryl F. Zanuck Award for outstanding producer of theatrical motion pictures — the PGA equivalent of the Academy Award for best picture — were announced Tuesday, as Vulture reported; a few film favorites were notable by their absence.

Here's a full list of the 10 movies nominated for the Darryl F. Zanuck award:

Interesting choices, PGA. Film buffs may have scratched their heads at the omission of Carol and Room. Oscar rumors began swirling around Carol after its warm reception at Cannes in May, according to Variety. Room, meanwhile, won at the Toronto International Film Festival in 2015. According to the New York Times, this is another viable predictor of Oscar nods: In the past seven years, six of the winners have subsequently been nominated for Best Picture; of those six, three have gone home with the gold. Room's star, Bree Larson, has since been fielding Oscar buzz for her role in the film.

Sicario and Ex-Machina, meanwhile, don't feature at the top of any of the aforementioned lists. Those who believe Straight Outta Compton was snubbed for a Golden Globe will likely be pleased to see the N.W.A biopic on the PGA's list.

Speaking of the Golden Globes: Nominees for Sunday's awards show are traditionally viewed as a reliable gauge for coming Oscar nods. The 2016 nominees for best motion picture — drama are Carol, Mad Max, The Revenant, Room and Spotlight; the nominees for Best Motion Picture — comedy or musical are The Big Short, Joy, The Martian, Spy and Trainwreck.  Some overlap there, which could be a good sign for a select few films.

Vulture deems the PGAs more meaningful than the Globes in terms of Oscar odds, but as the Los Angeles Times points out, a PGA nomination isn't a guarantee of a spot in the best picture lineup. So until the Academy formally announces 2016's nominees, it's anyone's guess.