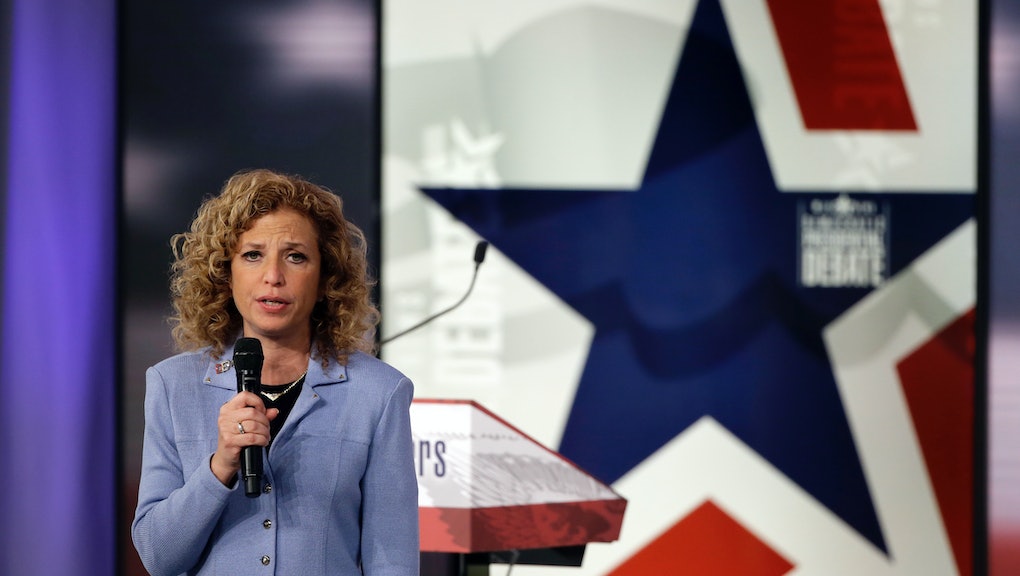 "Here's what I see: a complacency among the generation of young women whose entire lives have been lived after Roe v. Wade was decided," DNC Chair Debbie Wasserman Schultz told New York Times Magazine in an interview published Wednesday.

Schultz is hardly the first public figure to decry young adults as complacent, and young adults are no strangers to such claims. But many are taking issue with Schultz's recent argument that young women are specifically and particularly complacent about their reproductive rights. Rather than let what they see as an ignorant, patently incorrect observation slide, plenty of supposedly complacent young feminists are already pushing back on this misconception on Twitter using the hashtag #DearDebbie — describing the important work they're doing and rage they feel about their increasingly dissipating rights.

Their tweets are based in fact: Evidence abounds of young women's investment in fighting to preserve their reproductive rights. In addition to the work that young activists and organizations — like Advocates for Youth, Repro Action and others — do every day, women are organizing in myriad creative ways. Last April, college students across the country created a "pop-up" sticker project in collaboration with the 1 in 3 campaign, and in November students across the country performed a play dubbed "The 'Vagina Monologues' of Abortion" by ThinkProgress. And countless young women participate in hashtag campaigns to reduce stigma and raise awareness about their reproductive experiences — like #ShoutYourAbortion in September.

Young women's engagement is necessary given the dire state of abortion rights in the United States. Lawmakers passed a record-breaking 231 abortion restriction laws since 2010, according to the Guttmacher Institute, while 28 state legislatures introduced more than 100 anti-choice bills in 2015. Planned Parenthood — a routinely and historically targeted organization — faced particularly invective attacks both political and violent, including Senate and state-specific attempts to eliminate its funding and false allegations made in a series of sting videos.

But the fight is far from over. As youth organizing and mobilization director for Advocates for Youth Julia Reticker-Flynn told Mic in April, the young activists she regularly works with are truly invested in creating "a new culture, one that is ending the stigma and shame around abortion."