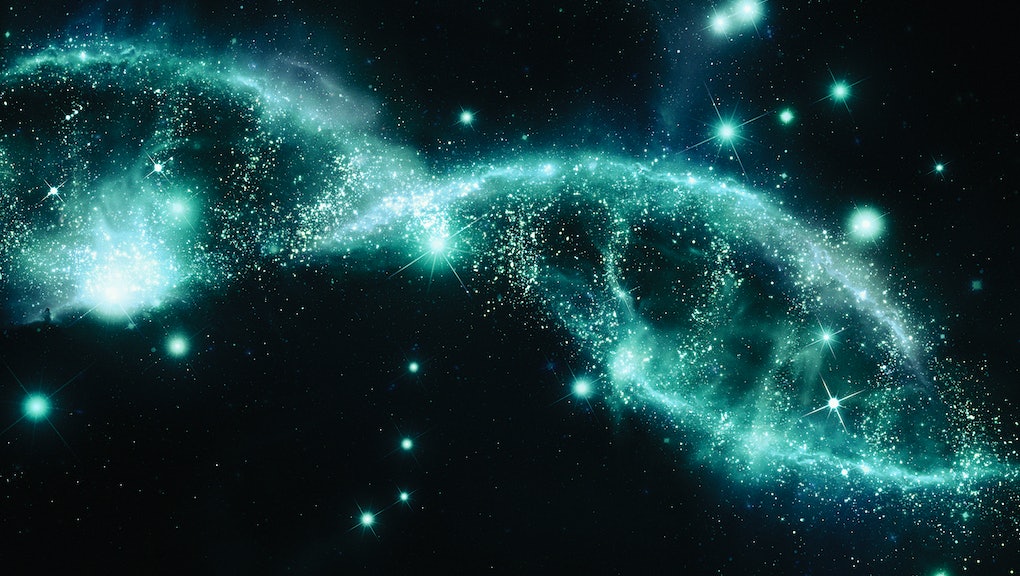 By now, you've probably heard about CRISPR, the golden goose of gene editing techniques. It's been heralded as a medical marvel, capable of treating muscular dystrophy and even creating a woolly mammoth. The technology can be used to edit individual genes without the accidental, unforeseen genome edits with older methods.

If you think of traditional and older forms of gene editing as a butter knife, CRISPR is more like a scalpel. But cutting DNA is just the beginning: This could be how we stop cancer and HIV.

As covered in the Atlantic, Stanley Qi, a bioengineering professor at Stanford University, figured out that he could use CRISPR to control genes instead of cut them. By turning CRISPR's critical enzyme Cas9 into a cellular soccer van instead of microscopic scissors, it can carry other molecules directly to the genes the scientists would like to tinker with. And it could be what keeps us healthy in the future.

"Genome editing is showing promise in modifying or knocking out cell receptors so they might not be able to accept a viral infection," Doug Brough, Chief Science Officer at GenVec, told Mic. "It could knock out the body's HIV receptors. In the cases where there's a dominant negative protein that gets expressed, you can think about knocking that down."

But it doesn't stop at denying viruses.

"Every cell in your body has the same DNA in it," Marie La Russa, a Ph.D candidate in Stanley Qi's Lab at Stanford University and a graduate student at the UCSF Biomedical Sciences Program, told Mic. What makes a skin cell different from a heart cell is what's called the expression of those genes. "You've got 20,000 genes in your DNA, and each of them are like a dimmer switch: You can turn up or turn down the genes you want to regulate."

The tuning of each of those "dimmer switches" is what you can think of as the cell's identity. So if you're able to changes those individual switches, not just cut them out entirely, you can decide what the cell becomes — like whether a cancer cell should continue to be a cancer cell.

Cancer is tough because there's no such thing as one type. But the way cancers operate is the same: When a cell is behaving badly, the cells around it tell it to kill itself. Cancer cells stop ignoring the message that it's supposed to die. Instead, they multiply.

"With CRISPR, you can go in and turn up the cancer cell's ability to respond to its death cues, and turn down its ability to grow quickly," La Russa told Mic. "Think of genes as a mini-factory with various levels of activity. You send the genes messages with the dead Cas9, saying things like turn up production if it's too low or turn down if it's too high."

In other words, treating our genes like vehicles or messengers, not scissors, could let scientists and doctors talk directly to the cancer and tell it to get the hell out. Same goes for HIV.

We'll understand our bodies better, too: A couple years ago, Weissman's team released a paper explaining how he switched off a gene's function. Then he released another, this time showing how to tag proteins, make them fluorescent and direct them to a specific gene.

Now, Feng Zhang, a biomedical engineering professor at the Massachusetts Institute of Technology, released a paper showing that he can use Cas9 to not only edit genes, but do it in a tremendously specific way. Together, it makes mapping and photographing genomes go from the equivalent of taking wide-angled landscape photographs of a mountain to zooming in on a pile of rocks on its north face.

Basically, it can give us a more precise glimpse at our genes. And this could have big implications for the future of science and medicine.

There's still a major hurdle: Leaving Cas9, which could turn genes on and off like a lightswitch, opens the door to infection, since Cas9 actually comes from bacteria. "We still don't have a good way of getting [the dead Cas9] into cells," said Weissman, according to the Atlantic.

As Weissman points out, turning a gene off to avoid infection, then turning it back on, is much safer — and probably easier to get past patent, ethical and legal red tape — than the permanence of CRISPR.

Right now, CRISPR is being used successfully on mammals to treat muscular dystrophy. But so far, that technology has not extended to humans; the ethical implications for editing the human genome are still iffy. But the "dead" Cas9 method could be used to fix problems that only need temporary intervention, like some medical concerns that require medication. It could be a technique that, instead of introducing pharmacology to the body, goes directly to the source. It's more invasive, and would probably require injections. But it could lead to using genetic regulation as treatment, shepherding in the future of medicine.