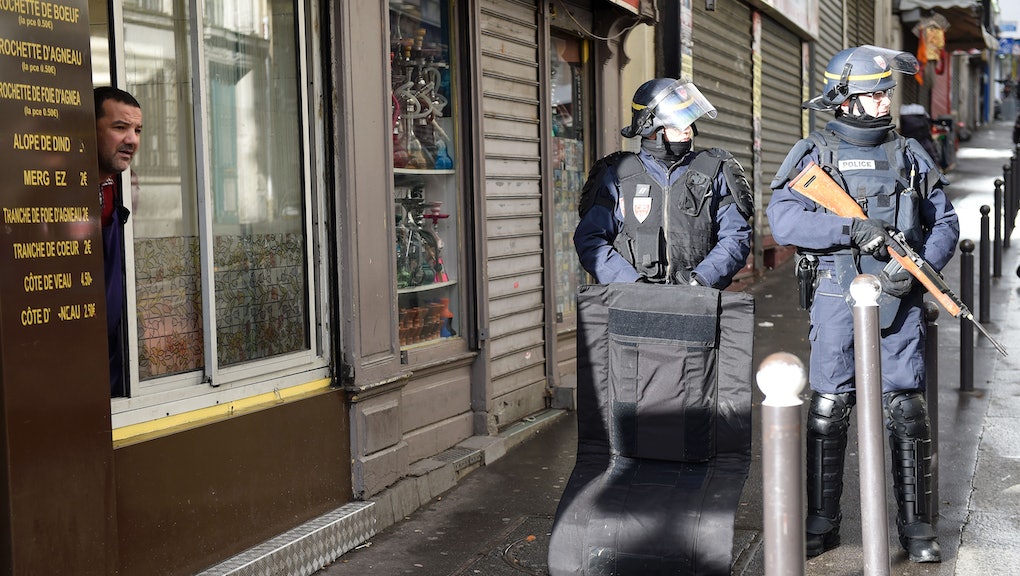 On Thursday, Paris police officers shot and killed a man wearing a fake explosive vest and wielding a knife. The man attempted to enter a police station in northern Paris, yelling, "Allahu akbar," or "God is great," according to the Associated Press.

Officials are launching a full-scale investigation into the incident, which they have said is "more likely terrorism" than typical criminal activity, especially after a piece of paper bearing the ISIS flag and a note written in Arabic claiming responsibility for an attack was found on his body, according to CNN. This comes not only in the wake of November's Paris attacks, but on the one-year anniversary of the attack on Charlie Hebdo's offices, which left 12 people dead.

An International New York Times editor, Anna Polonyi, witnessed the scene, posting a photo on her Twitter account of the man's body.

In the aftermath, one Metro line was closed, and police advised nearby residents to stay indoors.