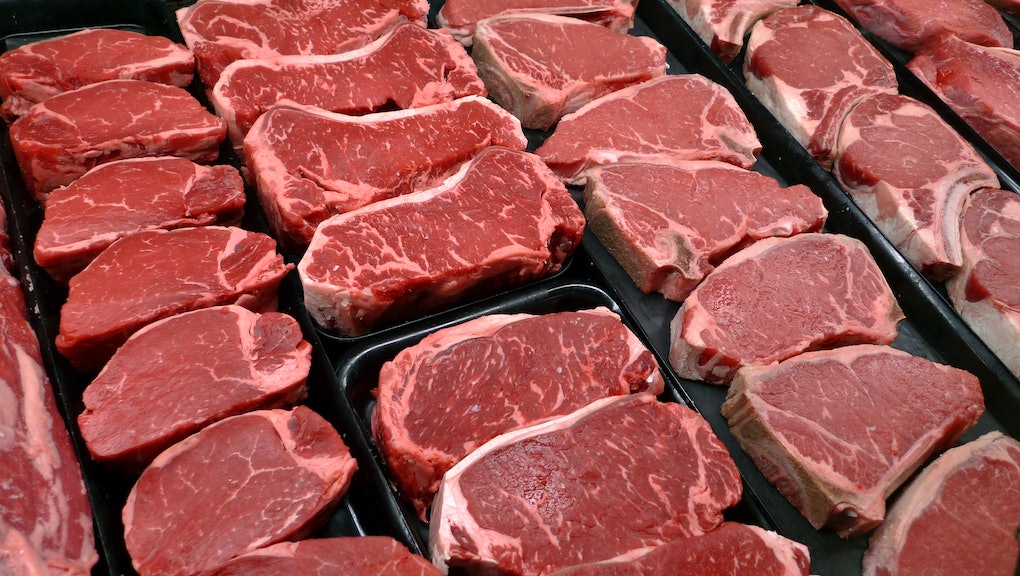 The U.S. government unveiled Thursday its latest set of dietary guidelines to help Americans eat more healthily — and the new recommendations might surprise you.

Americans' consumption of added sugar should not exceed 10% of their daily calorie intake, the guidelines say. For folks following a 2,000-calorie-per-day diet, that means keeping added sugar to 200 calories or fewer.

For the average American, that's a major change, as NPR pointed out.

Americans consume around 22 teaspoons — or 88 grams — of added sugar per day, according to the American Heart Association. In order to meet the governments' new dietary guidelines, you'd have to cut those 22 teaspoons down to 12 — or 48 grams of added sugar.

Forty-eight grams might seem like a lot, but in the context of popular packaged and processed foods, it's not. A single can of Coca-Cola contains 39 grams of sugar. A grande pumpkin spice latte from Starbucks contains 50 grams.

The most surprising aspect of the new guidelines is not what's new. It's what still hasn't changed.

When it comes to red meat — such as beef, veal, pork, lamb and goat —  the government won't explicitly suggest we limit our intake, despite a body of evidence that red meat isn't good for us.

In their key recommendations section — the same section that recommended reducing our added sugar intake — the guidelines suggest a healthy eating pattern includes "a variety of protein foods, including seafood, lean meats and poultry, eggs, legumes (beans and peas), and nuts, seeds and soy products."

The government seems to be saying red meat is OK — as long as it's "lean."

Promoting the consumption of lean red meat "is not what the science supports," said Walter Willet, head of the nutrition department at the Harvard School of Public Health, according to NBC News.

"There is strong evidence that red meat consumption increases risk of diabetes, heart attacks, stroke and some cancers (especially processed meat), and there is not good evidence that this simply due to the fat content," he said.

It's true — in a report in October, the World Health Organization categorized red meat as "probably" cancer-causing. (The same report, you may recall, also classified bacon as carcinogenic.)

The dietary guidelines do make reference to some potential meat-related health risks, albeit vaguely. Various diseases are linked to "eating patterns that include lower intake of meats" — not meat itself:

Strong evidence from mostly prospective cohort studies but also randomized controlled trials has shown that eating patterns that include lower intake of meats as well as processed meats and processed poultry are associated with reduced risk of [cardiovascular disease] in adults. Moderate evidence indicates that these eating patterns are associated with reduced risk of obesity, type 2 diabetes, and some types of cancer in adults.

So why won't the government take a stronger stance on red meat? Pressure from the meat industry, most likely.

"As an organization dedicated to cancer prevention, we are dismayed to see that the Dietary Guidelines have allowed lobbying efforts to supersede the scientific evidence, when it comes to meat and cancer risk," Susan Higginbotham of the American Institute for Cancer Research said, according to NBC News.

Willet said the wishy-washy meat recommendations appear "to reflect the powerful influences of the beef industry," according to NBC. "Unfortunately, the public is being misled."

In a story the U.S. meat industry's so-called "wildly successful, 40-year crusade to keep its hold on the American diet," Quartz wrote about the industry's strong influence on our government:

"The size of the US meat industry is immense. Beef alone is a $95 billion-a-year business, according to the USDA. And the North American Meat Institute (NAMI) estimates that, in total, the meat industry contributes about $894 billion to the U.S. economy. That size translates into political influence: In 2014, the industry spent approximately $10.8 million in contributions to political campaigns, and another $6.9 million directly on lobbying the federal government[.]"

Since the government won't provide them, here are a few guidelines to follow when it comes to consuming red meat.

First of all, you don't need to cut it out completely — just limit your intake. Marci Clow, a registered dietician nutritionist at Rainbow Light, told Mic that as long as you're eating lean red meat, "consuming small portions (about 3 ounces, which is about the size of a deck of cards) a couple times per week is OK."

How do you know if your red meat is lean? Registered dietician Mary Hartley advises looking for cuts with "loin" in the name, such as sirloin steak and pork tenderloin.