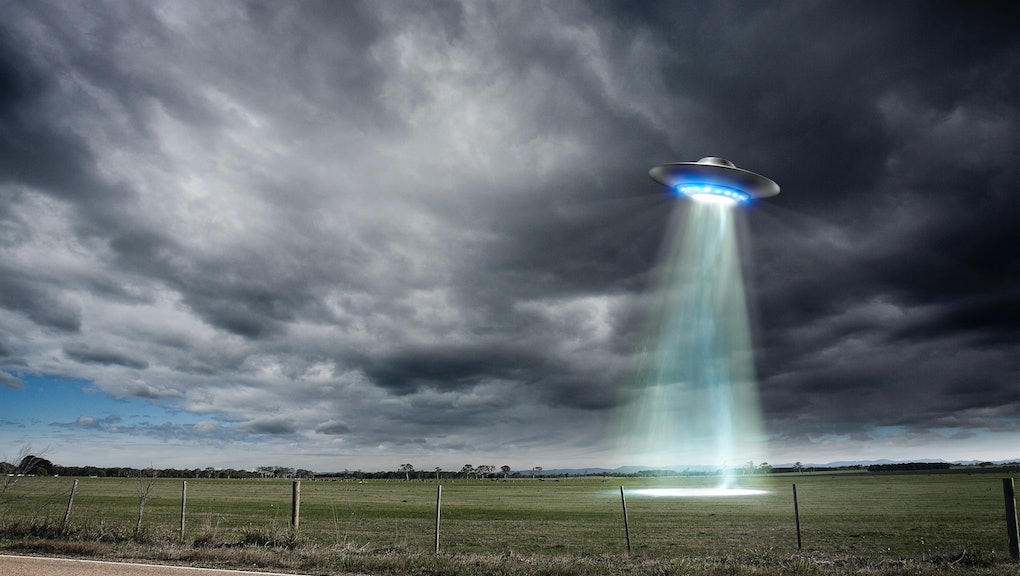 At the edges of our galaxy, tens of thousands of light-years away, massive, dense clusters of stars glom together like a humongous interstellar house party. This is where, according to astrophysicists from the Harvard-Smithsonian Center for Astrophysics, we might find intelligent alien life.

The CFA's lead author, Rosanne DiStefano made this hypothesis at a meeting of the American Astronomical Society on Wednesday, and — believe it or not — her logic checks out.

Let's say finding intelligent life is a hypothetical one-in-a-million chance. By the center's estimation, there are 150 globular clusters in our Milky Way galaxy, each holding roughly a million stars per 100 million light years. Plus, they're old — like, 10 billion years old — and stable, meaning they didn't get nailed by cataclysmic, planet-destroying gamma-ray bursts.

It could be that these globular clusters are full of planets twice as old as our own, that had billions more years to develop. The Fermi paradox, a theory of why alien life hasn't found us yet, refers to these clusters as Planet X.

But DiStefano and her colleague, Alak Ray from the Tata Institute of Fundamental Research in Mumbai, said it's premature to say there aren't planets in these clusters. Exoplanets, or planets that orbit a stars other than our own, have been found near stars that have just one-tenth of the heavy elements of our own sun.

In fact, if these globular clusters do have planets, they're probably extremely close together. That means those planets could communicate much easier with one another than with Earth. "We call it the 'globular cluster opportunity,'" DiStefano said on Wednesday. "Sending a broadcast between the stars wouldn't take any longer than a letter from the U.S. to Europe in the 18th century."

So there could be a chance that Earth is missing out on a huge game of galactic Telephone that's being played on the edge of the Milky Way, with intelligent societies working together to noticeably expand farther into the universe. But according to Robin Hanson, a research associate at Oxford University's Future of Humanity Institute, that would've happened by now.

"If there were life thousands of light years away, it could've been around for millions or billions of years," he told Mic. "If someone is alive out there, they would've long since developed as much as they can. If they didn't spread out [to Earth], it means they're stuck. And just being near other civilizations [in the globular cluster] doesn't make them any less stuck, no matter how much they developed economically and socially."

That doesn't mean we couldn't communicate. The issue is that communication is a two-way street. Two civilizations need to look for each other at the same time, know exactly where the other one is and know how to contact it.

"If everyone is looking in random directions, the chance of coordinating communication is small," Hanson told Mic. "You have to find another coordination structure."

Hanson told Mic about a theory for sending a signal to an alien race, as long as that race has a particular human tendency. It involves really, really bright lights — in this case, a supernova.

A supernova is a rare event in which a star violently explodes at the end of its life, giving off a huge amount of light and energy. A civilization would need to turn that flash into what you might call a cataclysmic carrier pigeon.

"Right after you see a supernova, you piggyback off that and send a signal in the same direction," Hanson told Mic. "When you see that light, it will move past the cluster. So there will be that burst of light, and right behind it, the signal. You're going to be waiting a while, but when you see that, we can use it to figure out how to talk effectively."

But keep this in mind when you're thinking about potential planets on the edge of the galaxy. The Milky Way galaxy is roughly 100,000 light-years across. The nearest globular clusters, NGC 6397 and Messier 4, are about 7,200 light-years away. So if we try to send communications to any of the who-knows-how-many planets within them, it would take 7,200 years to receive.

So if you read Mic, aliens, please pick up some of our galactic slack and say hi — we promise we won't try to kill off your entire species.