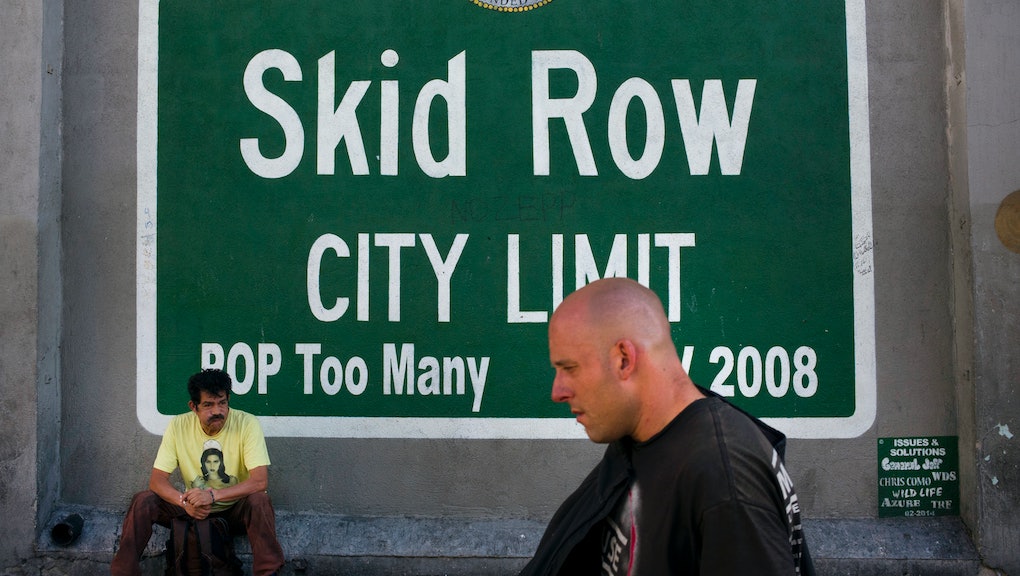 Relief may be on the way for the nation's largest homeless population.

California Gov. Jerry Brown proposed a $122.6 billion 2016 budget for the state on Thursday, one that would begin to rebuild some of the social welfare systems damaged by the recession. The governor's plan would boost funding for education, health care, California's infrastructure and, notably, its homeless population.

Bipartisan legislators, among them Senate President Pro Tem Kevin de León (D), have asked for $2 billion in the form of a revenue bond to put toward permanent housing for the homeless population — some 116,000 people, the Times says — and an additional $200 million over four years to start helping the homeless now. De León outlined the project — the No Place Like Home initiative — Monday a news conference held in front of The Star Apartments on Los Angeles' Skid Row.

"This bipartisan legislative package will help secure progress in tackling homelessness and provide a key to health and hope for many Californians who have no place to go," de León said in his statement. "Coming off the holiday season, I can think of no better way to start the legislative session than in Skid Row focused on lifting those without voices in our political process."

Los Angeles is home to the country's largest homeless population, currently numbering around 44,000. In September, L.A. mayor Eric Garcetti declared a state of emergency, asking nearly $13 million for the immediate aid of the city's street-dwelling demographic. With the impending Gozdilla El Nino threatening to drown L.A. this winter and almost 70% of the city's homeless living outside, the situation is indeed dire: The Los Angeles County Civil Grand Jury called current plans for support "unconscionable and grossly inadequate," according to Curbed L.A.

If passed, the No Place Like Home initiative likely wouldn't be able to do much before torrential rains hit in the coming months, maybe weeks. What it would do is build something like 10,000 housing projects for homeless people with mental disorders, using funds from 2004's Proposition 63.

Otherwise known as the Mental Health Services Act (MHSA), Prop. 63 imposes a 1% income tax on residents making more than $1 million per year. Those funds — $13 billion since 2005, when the MHSA went into action — are allocated to Californians living with debilitating mental illness. The No Place Like Home initiative would request $135 million (which represents 7% of the  money the MHSA makes each year) toward paying back the bond.

No Place Like Home must first make it past California's legislature, then get the governor's signature before it becomes state law. Its supporters are hopeful; asked about the proposal's odds, Deborah Hoffman — a spokesperson for Gov. Brown — seemed positive.

"The administration is supportive of efforts to empower local governments to tackle homelessness, poverty, and mental health issues in our communities and we will take a close look at the proposals in this package," she said, according to the Marin Independent Journal, which noted that the project could face some opposition from residents who don't want housing for the homelessness constructed near their property.

Still, the initiative has gained supporters on both sides of the aisle. "It's a travesty that a state as rich as California, with the 8th largest economy in the world, is also home to the nation's largest homeless population," Republican California Senator Bob Huff told the press Monday. And considering the Grand Jury's assessment of the state's relief efforts so far, it seems unlikely that the state's government would disagree.