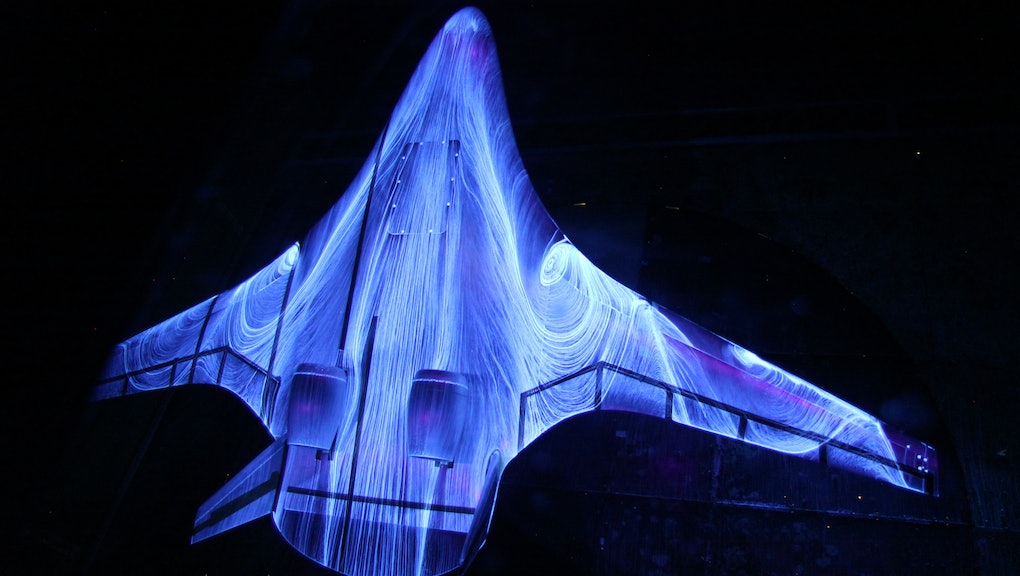 Guess who's about to save more than $250 billion in air-travel costs over the next couple of decades? Me, you, your momma and your cousin too.

Thanks to NASA's Environmentally Responsible Aviation Project, airplanes could be remarkably different by 2050.

First, the looks: If the technology is integrated into airplane fleets, planes themselves will look almost totally different. "We're not using the traditional cylindrical shape," Fay Collier, ERA project manager, told Mic. "We've been working with Boeing on a hybrid wing-body concept for the last 25 years. We needed a special structure for the flat design."

Collier added, "These wings go back a long ways, but the trick is it's tailless so you have to fly by wire." He's referring to switching out a conventional manual flight control setup with an electronic interface for the pilot to enter commands.

According to a release NASA published this week, the project could mean cutting airline fuel usage by 50%, pollution by 75% and noise to around one-eighth of where it is today — sweet if you live in one of those neighborhoods where planes rumble your windows all night long.

"If these technologies start finding their way into the airline fleet, our computer models show the economic impact could amount to $255 billion in operational savings between 2025 and 2050," Jaiwon Shin, NASA's associate administrator for aeronautics research, said in a statement.

Some of the advancements include smaller tails to reduce weight and drag while flying, using composite materials instead of big slabs of metal to build large parts of the plane's fuselage, making it much lighter and better at taking damage and "morphing wing" technology that means the wings could change shape midair to reduce fuel cost, among others.

That's just in the next 35 years. Even though Collier added that it isn't his area of focus, the next step may be creating hybrid-electric configurations, replacing traditional jet fueled turbine systems with something more akin to a gigantic Prius engine.

Unfortunately, Collier had no word on how that's going to affect ticket prices for travelers. But let's all be optimistic and start checking out weekend trips to Greece.