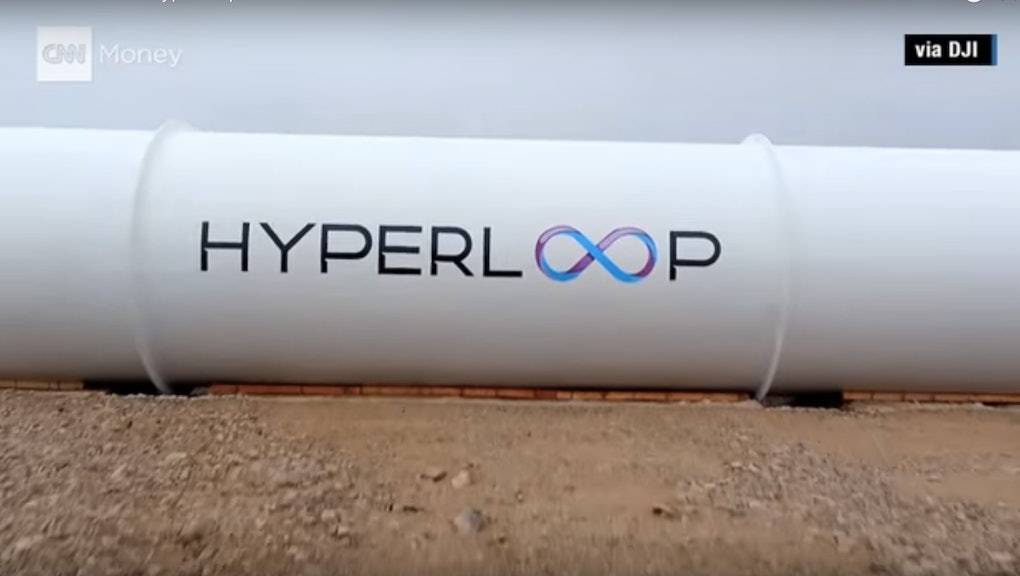 The Hyperloop Is Finally Being Built — See the Photos Here

A series of pipes that just arrived in a Nevada desert could be the future of transportation in the U.S.

Hyperloop Technologies is starting to test a high-speed transit system that doesn't involve railways, according to a new video from CNNMoney. The Hyperloop technology was first outlined by Elon Musk in 2013.

What is the Hyperloop? Potentially the fastest-ever way to travel. The basic principles are this: Rather than using rail and a train, the Hyperloop uses a long, depressurized tube to shoot a cylindrical pod carrying people or goods 700 miles per hour to a given destination. CEO of Hyperloop Technologies Rob Lloyd tells CNNMoney the fundamentals are actually quite simple.

"You just remove the pressure from an enclosed environment — you can think of that as a tube. You remove the friction of wheels by levitating that pod inside the tube, and then it takes a very little amount of energy to move that pod at incredible speed," he says.

Musk first publicly aired his idea for the Hyperloop in 2013 in response to California's $68 billion bullet train project. The expensive public project will deliver a train that travels 220 miles per hour from San Francisco to Los Angeles for an estimated fare of between $86 and $105, according to the Los Angeles Times.

Musk argued that using better technology, the state could build a system that jettisons passengers from LA to S.F. in less time. He then detailed, in a nearly 60-page document, how a company could engineer such a line. Musk has open-sourced the project and challenged individuals and companies to make the Hyperloop a reality.

Now, Hyperloop Technologies is building a test tube in Nevada with hopes that its transit system will be up and running as soon as 2020.