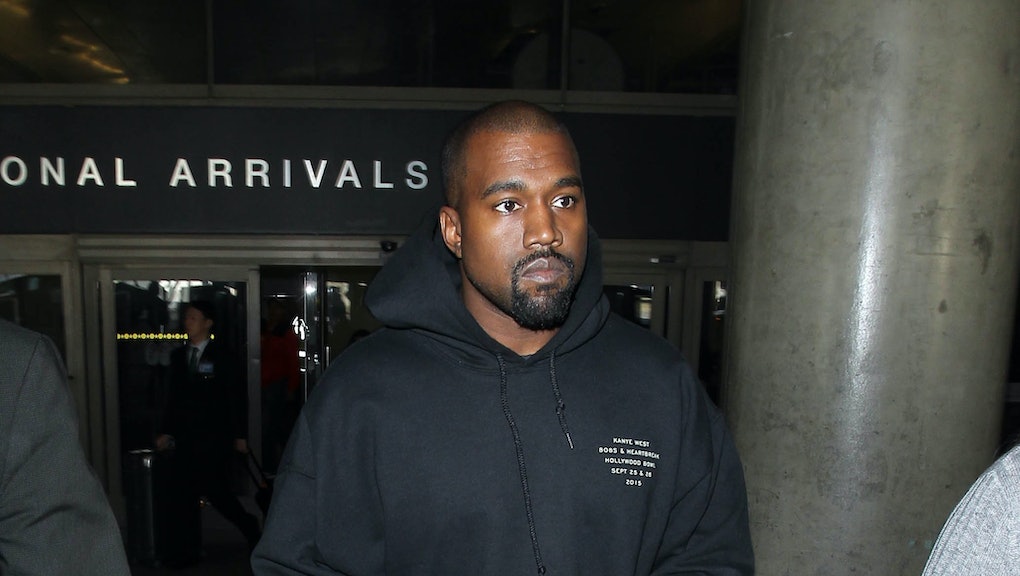 2016 is still fresh on everyone's minds and the 2016 Grammy Awards are still a month away, but already some talented artists — sans the ever-vanished Frank Ocean — have produced compelling new releases. From the likes of Kanye West releasing, writing and producing new tracks, to a worthy tribute to Cyndi Lauper by Marina and the Diamonds, the new year has started off on the right foot.

Never one to shy away from the spotlight, West actually went against the grain and quite literally began 2016 with a new track, releasing "Facts" on New Year's Eve while the rest of the world was likely caught up in joyous inebriation.

Panic! at the Disco, "Don't Threaten Me With a Good Time"

West wasn't the only artist who used New Year's Eve as an occasion to release new music, as Panic! at the Disco unveiled the single, "Don't Threaten Me With a Good Time" before their new album, Death of a Bachelor, drops on Jan. 15.

"You think we'd let another holiday go by without releasing a new song?!" the band posted on their Facebook page.

Sia's seventh album, This Is Acting, is set to release on Jan. 29, but she released her most recent single from the record Wednesday. "Reaper," which was written and produced by West, was originally intended to be featured in Rihanna's upcoming album, Anti. In the end, however, it's one of 12 songs on the much-anticipated follow-up to 1000 Forms of Fear.

Cudi's latest album, Speedin' Bullet 2 Heaven, was another example of Cudi's musical versatility, as he's dabbled in the likes of rap, R&B, rock and — in the case of his latest record — alternative. To add to the multifaceted narrative, Cudi presented an acoustic version of one of the tracks from the album, "Confused," released via SoundCloud on Tuesday.

Cudi dedicated the cover to his fans through a tweet, saying it was "a lil something for being so sweet to me lately."

In perhaps the most unexpected release thus far, the '90s R&B icon shared her first original song since "Magic" came out in the summer of 2014 — an encouraging sign that she could produce a new album soon.

Boasting plenty of soul, "Beggin and Pleadin" was released Tuesday, which coincided with Brandy's return to television with her new sitcom, Zoe Ever After, on BET.

Marina and the Diamonds has been quiet since the release of her third album, Froot, in March 2014. However, Marina kicked off the new year with a throwback to the '80s, paying tribute to Cyndi Lauper's "True Colors."

The track, while short, features a beautifully simplistic piano backdrop to accompany an emotional rendition of the iconic '80s hit.