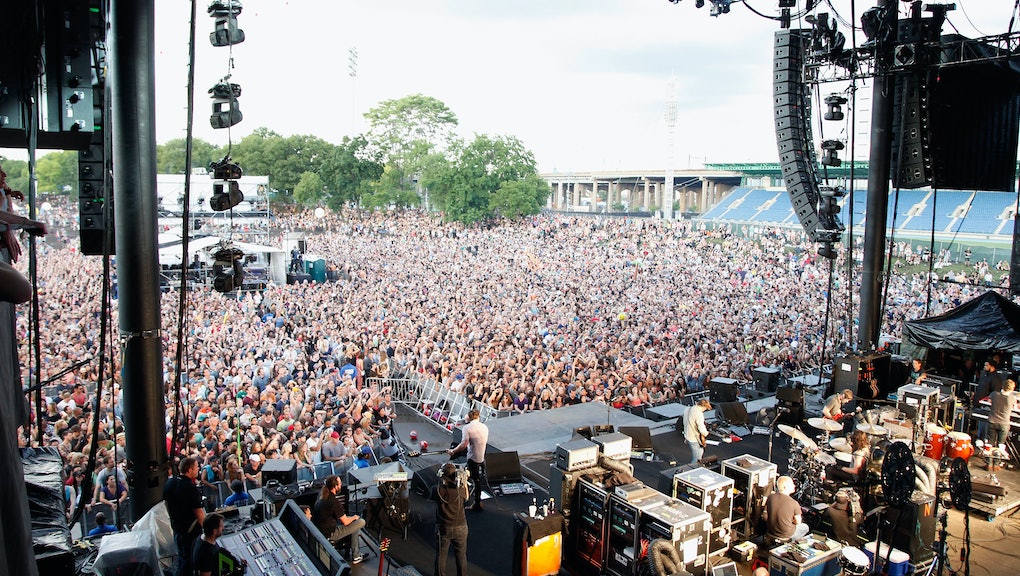 Event organizers announced Friday the lineup for the sixth annual Governors Ball Music Festival, and the summertime concert series will boast no small number of big-time acts. Kanye West will headline the festival, which runs from June 3 to June 5 in New York City's Randall's Island Park, as is tradition. Ticket sales began Friday at noon Eastern.

Among the acts scheduled to perform are the Strokes, California-bred sister act Haim, Beck and the Killers, a group that's rumored to have an LP on deck, which could also mean the band will have new material to share on stage at the festival.

The lineup: For an alphabetized list of all the musical groups expected at the Governors Ball, head here. And to prepare potential festival goers for what to expect on stage this year, here's a roundup of some of this year's headliners, accompanied by the music videos to some of their best-loved hits.

Of Monsters and Men

For more ticket info as pricing changes, and for purchasing options, head here. In the meantime, and perhaps to add to the hype, here are a few shots of concert goers, performers and revelry at Governors Balls past: