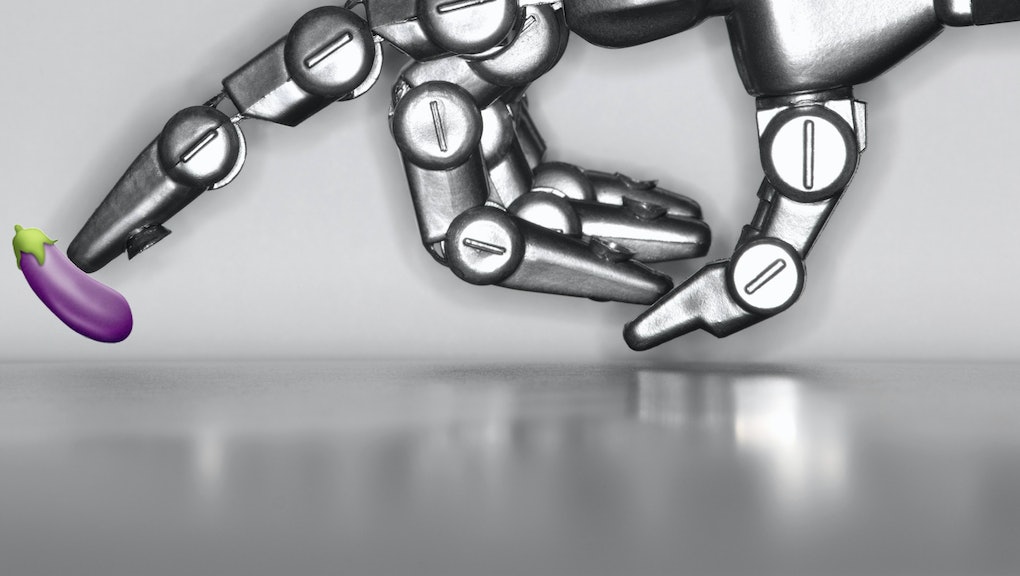 Here's What It's Like To Have Sex With A Bionic Penis

When Reddit user titantool was recovering from a near-fatal car accident in 2010, he worried he might never be able to have sex again.

"First, I had to re-learn how to walk," he told Mic in a recent phone interview. "But in the meantime I knew I was impotent. I had a spinal cord injury, so it basically messed up everything down there."

Now, five years, one medical procedure and more than 1,000 comments on his r/IAmA thread later, titantool's fully-functional "bionic penis" has both restored his body's capability to achieve and maintain an erection and captured the attention of the internet in the process.

Note: The below photos are very, very, very NSFW.

Titantool, who is 43 years old and wished to remain anonymous, told Mic that although he had the procedure in 2013, it wasn't until this week that he worked up the nerve to share his story with the world. Playing a big role in his decision was the recent news of Scotland man Mohammed Abad, whose own tale of living with a bionic penis received quite a bit of news coverage over the past week after his pledge to lose his virginity to a sex worker.

"I had attempted to post when I first got it, but I chickened out," he said. "I knew it was not really well known because when I had my problems I never saw anything about it. But then I recently saw a Reddit link to [Abad's story]. I replied to a comment on it saying that I had one too, and my inbox got absolutely flooded with people requesting an AMA."

He obliged, kicking off the AMA on Thursday (complete with a very NSFW link to photos of his peen, both pre- and post-surgery) and received questions from hundreds of the site's users — from inquiries on his wife's opinion of how the implant feels ("She says it feels weird. I agree") to whether or not he can still ejaculate ("I can, but it's not forceful like it used to be").

Did we mention that the photos are NSFW? Because boy, are they NSFW.

If you're wondering how exactly the procedure and implant works, titantool told Mic that it involves removing an internal part of the penis and replacing it with tubes that can be filled with saline. "There's a reservoir in your abdomen," he added, "and a bulb with a valve on it in your scrotum."

For an instant erection, he simply squeezes his scrotum in order to fill up the tubes. (For an example of the process in action, titantool encourages curious readers to check out this NSFW YouTube video.)

"It's completely controlled by me and I can keep the erection for as long or as little as I want," he added.

The penile prosthesis procedure that titantool underwent is typically used to treat non-injured men with erectile dysfunction when pills like Viagra don't work, although the invasive nature of the procedure can sometimes be a deterrent for men looking to solve their erectile issues. According to a study from last year, 2.3% of men with ED had the procedure done in 2010.

"Surgery is a last resort," Dr. Tom Lue, vice chair of urology at the University of California-San Francisco told CNN last year. "Penile implants are much more invasive and have a higher rate of complication, especially for patients with underlying conditions like obesity and high blood pressure."

But for titantool, whose situation was a bit more dire than those of other men with ED due to old age or poor health, the operation was exactly what he needed to reclaim a part of his body that a serious accident threatened to eradicate forever.

"It was pretty frightening to have it done," he told Mic. "But nothing else we tried had worked." We're sure Reddit (not to mention titantool's wife) are eternally grateful.