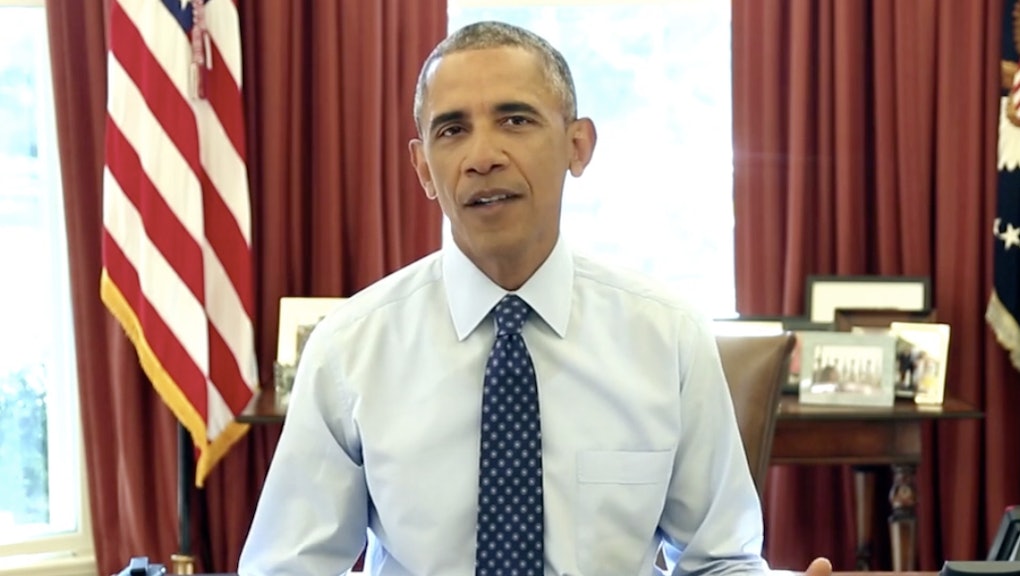 State of the Union Address 2016: Here's What You Need to Know About Tuesday's Address

President Barack Obama will deliver his last State of the Union address on Tuesday and said in a teaser for the anticipated event that it will be an optimistic speech about the year ahead.

"Watch as he reflects on the road we've traveled in the last seven years," it says on the White House website. Obama will deliver the address to the U.S. Congress at 9 p.m. Eastern on Tuesday and, according to his teaser, his "team" is "cooking up new ways to watch and engage with the speech."

"What I want to focus on in this State of the Union is not just the remarkable progress we've made, not just what I want to get done in the year ahead, but what we all need to do together in the years to come: The big things that will guarantee an even stronger, better, more prosperous America for our kids," the president said in the teaser.

Watch the minute-and-a-half preview below:

In an email to the White House listserv, Obama's Chief of Staff Denis McDonough said Obama will list the recent budget agreement, Iran nuclear deal, mended relations with Cuba, global climate change agreement and lowered unemployment as examples of successes during his two terms in office that would be at risk if a Republican president is elected, according to ABC News.

"Together, as a nation, we face some critical choices," McDonough wrote in the email. "If we make the right ones that build on the best of what our nation has to offer, we will leave our kids and grandkids an America that's never been stronger, fairer and more prosperous."

According to MarketWatch, Obama said Friday a seat in first lady Michelle Obama's suite will be left vacant at the address in memory of victims of gun violence.