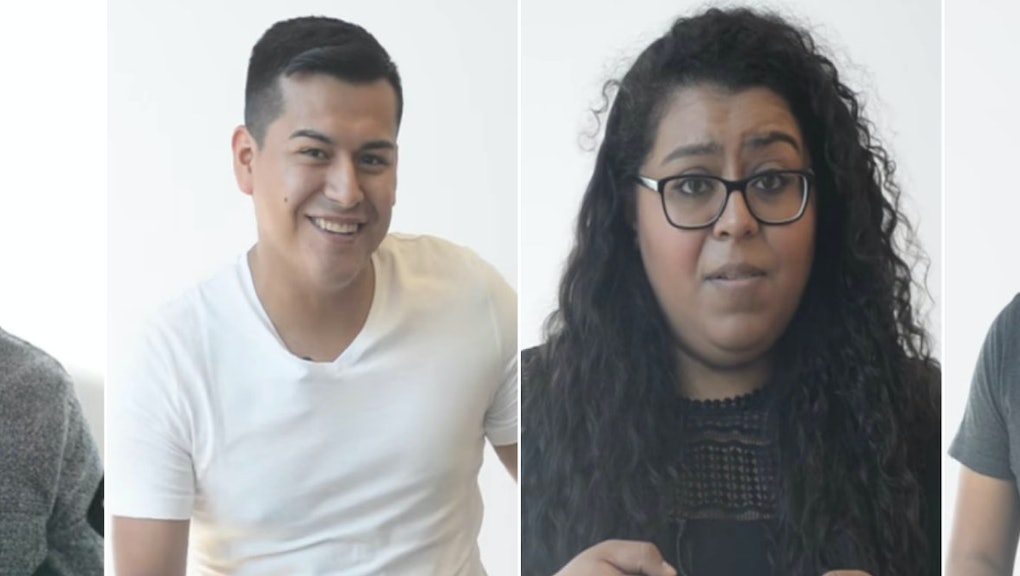 Watch These Undocumented Americans Read and Respond to Mean Tweets

It is a truth universally acknowledged that a person who writes mean tweets is in want of a read. And these undocumented Americans are just the people to give it.

A new video uses Jimmy Kimmel's tried-and-true format of people reading mean tweets to make a point about undocumented Americans. The new video comes to the internet from Define American, a media and culture organization founded by journalist Jose Antonio Vargas, who famously came out as an undocumented immigrant in a New York Times essay, directed and produced a documentary about being white in America for MTV and created the movement Define American to disseminate stories about the vast cultural landscape of America.

And the responses are brilliant.

To one person who wrote, "I don't know why people think Trump's plan is so crazy. China built a wall and they have almost no illegal Mexicans":

"They do realize that China is in Asia and Mexico is in North America, right?"

When one person tweeted, "There are no illegal immigrants. They are illegal aliens. Emphasis on illegal! Criminals. Get them out of here," another participant said:

When anti-immigration author Ann Coulter tweeted a snide remark about immigrants' inability to learn English and assimilate, one participant gave a classic response:

"You know, it's actually a really good thing to speak more than one language. It actually makes you smarter. You should look into that."

To a tweet that accused undocumented immigrants of getting free lunch for their kids, welfare benefits and free college tuition, one person in the video told the truth about his experience:

"I didn't get no free lunch. I did not get any kind of welfare benefits, because we don't qualify for welfare benefits. And the one cool thing I have to say about graduating from college as an undocumented immigrant is that I have no loans to pay off, because I had to pay that sh*t upfront."

When one Twitter user said that America was like a concert and immigrants didn't have a ticket, one man on the video had this to say:

"This country is not a concert."

And, finally, when one person wrote that "illegals need kicked out," a video personality told them what really needs kicking out:

"It's your grammar that makes you a bad person."