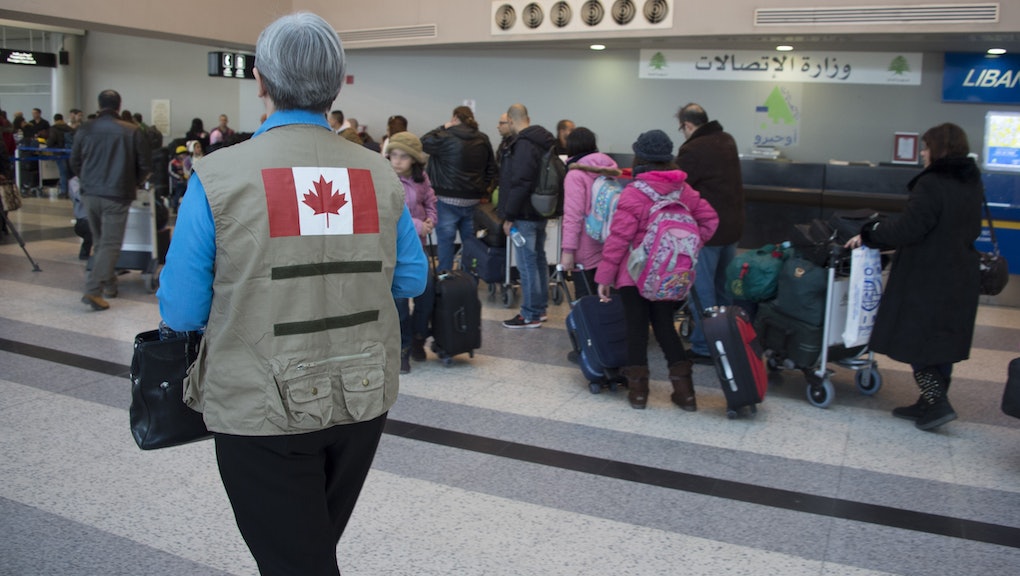 While both the Canadian government and Canadian children have been welcoming to incoming Syrian refugees, the same cannot be said of the cyclist who pepper-sprayed a group of Muslims standing outside Vancouver's Muslim Association of Canada Centre on Friday night, the Huffington Post British Columbia reported.

According to one CBC reporter, between 15 and 30 Syrians were pepper-sprayed while waiting for the bus. According to HuffPo, some of the victims were children.

The night started out nice enough, with the Vancouver Muslim center holding an event for Syrian refugees to welcome new families into their community. By the time the attack happened, according to the Huffington Post, many of the city officials in attendance had already left.

According to the Huffington Post, paramedics treated the victims for exposure to pepper spray, which can cause burning eyes as well as coughing. In a statement, Sgt. Randy Fincham said the motive for the attack was unknown.

The person who carried out the attack did so while speeding by on a bicycle and police are searching for the man. According to the Huffington Post, Fincham also said police will treat the attack as a "hate-motivated crime."