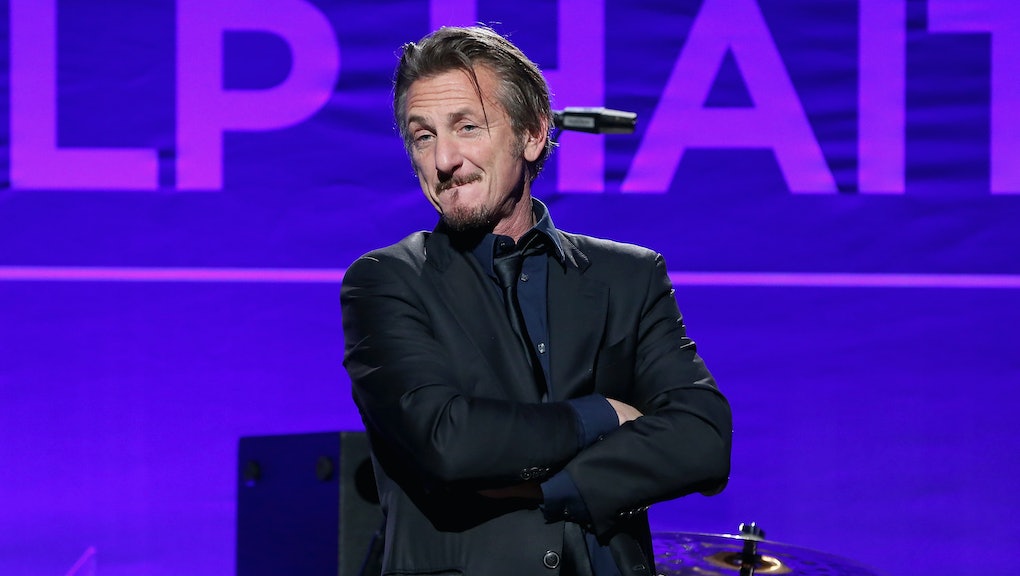 Inquiring Minds of Twitter Have a Lot of #SeanPennElChapoQuestions; Demand Answers

Sean Penn's exclusive Rolling Stone interview with fugitive cartel boss Joaquin Guzmán Loera — more popularly known as El Chapo, or "Shorty" — is a bit of a head-scratcher. Operating under the not-so-effective cover of encrypted emails and Blackberry messages, the movie star arranged an in-person interview with the kingpin, who was apparently hoping Penn could help him to adapt his adventuresome life for the big screen.

In early October, Penn traveled to the Sinaloa mountain region of Mexico — where the drug lord had been hiding out following his prison break in July — to chat with El Chapo face-to-face. The goal? To highlight his subject's paradoxical role in Mexican society and expose the hypocrisy of the American consumer.

"Whatever villainy is attributable to this man, and his indisputable street genius," Penn wrote, "he is also a humble, rural Mexican, whose perception of his place in the world offers a window into an extraordinary riddle of cultural disparity."

This is not the first of Penn's journalistic undertakings; it's generating buzz not because it's a shining example of hard-hitting reportage, but because it's supremely bizarre. Readers have a lot of questions, creative queries that go beyond the initial "why, and also, why?" some may have asked themselves upon finishing Penn's article.

Predictably, the internet's inquiring minds have taken to Twitter in the hopes of getting some answers to their lingering #SeanPennElChapoQuestions.

A critical factor for the discerning consumer to consider.

The all-important mitochondria: so often overlooked.

The gloves are off today.

If he tells you, will he then have to kill you? Things to think about.

Keeping in mind that both "True Heart" and "Justice Never Sleeps" are taken.

Every day, we learn new things.