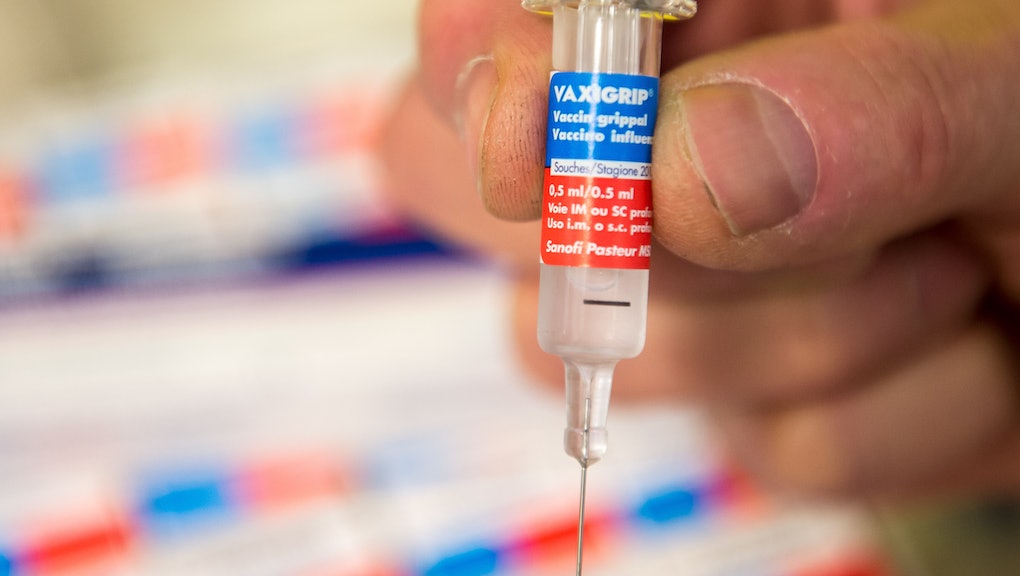 Like any new parent, Mark Zuckerberg can't resist posting photos of his daughter Max to Facebook. On Friday, the founder and CEO of Facebook uploaded a photo of himself holding Max at the doctor's office with the caption "Doctor's visit — time for vaccines!" It didn't take long for the post to get political.

"I hope the Zuckerberg's [sic] have taken the time to read the full vaccine inserts (not the watered-down one they give parents, the real one they include with the vaccines)," one commenter wrote. "Babies tend to cry when they have been injected with known poisons."

Commenter Elza Sakz chimed in, "Vaccine is poison for human kind. It kills more people than it helps. I wish people don't take it as an example here."

Many more anti-vaxxers also put in their two cents, sticking by their convictions that vaccinating children puts them at higher risk of developing autism and ADHD. Common claims against vaccinations also include that there's no longer a need for them in a country like the United States, and doubt their effectiveness. And with celebrities like Kristin Cavallari, Jenny McCarthy and Donald Trump serving as unofficial spokespeople for the movement, the belief prevails.

These theories didn't even hold up when autism prevention nonprofit SafeMinds funded a study published in October that investigated a correlation between vaccinations and autism. The answer, after six years of research, was that there is none. Experts at the Center for Disease Control and Prevention and the Center for Food Safety have since published research that debunks anti-vaxxer claims.

Amid the criticism on Zuckerberg's post were those who praised him for making what they thought was the right decision. One Facebook user wrote, "As someone with ... a son with autism, as someone who is constantly watching good people put their own children at serious risk because of old, fraudulent fears of vaccines and autism... thank you for being sensible. Thank you for doing what's right and also for showing everyone else that it's the right thing to do as well."