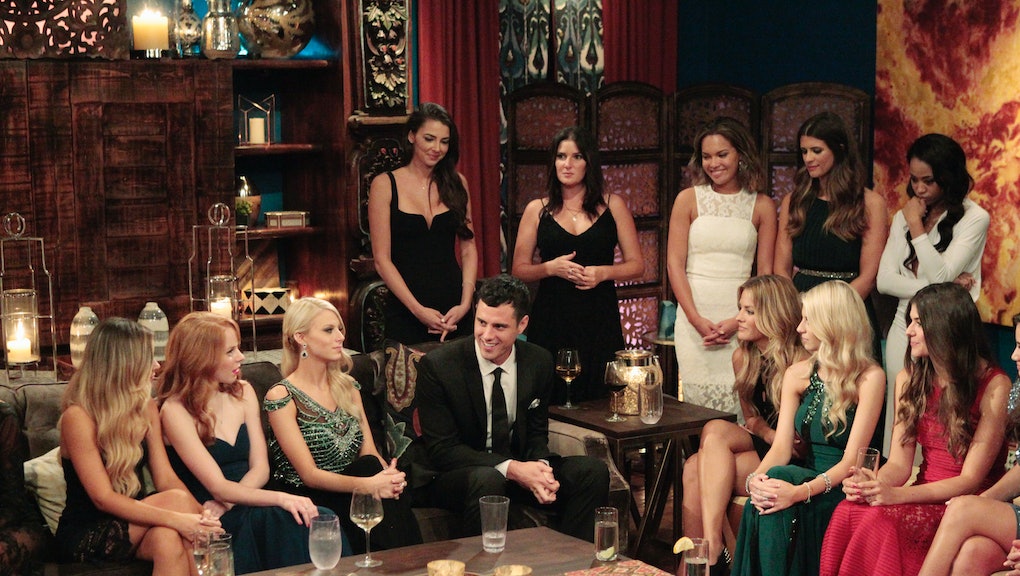 The Bachelor has been on the air for 14 years, and viewers and critics alike have decried the blatantly sexist and archaic themes in the show for nearly as long. In fact, the corruption at the heart of the franchise even inspired another hit TV show — UnREAL — a fictionalized, but realistic, account of reality TV production, which premiered this past summer on Lifetime.

On Saturday the president of ABC acknowledged this criticism and said the show must, and will, change. "We're doing a whole lot of tweaks," ABC Entertainment Group's president Paul Lee told Entertainment Weekly, adding that he would be "surprised" if future seasons of the franchise don't provide more accurate representations of its vast female audience.

While this change may be overdue, the show has hardly seemed to suffer from its obvious flaws. Ratings are still strong: The 2016 premiere led its two-hour time block in terms of young adult viewers, Variety reported Tuesday, and female viewers in particular have historically led, and continue to dominate, the show's ratings. While it's easy to assume women watch the show based on the stereotypical notion that they enjoy cattiness and competition, the reasons why many actually tune in are perhaps more complex than one might assume — and may even indicate an experience of empowerment.

Women still watch the show, despite its sexism. Sexism on The Bachelor has been well-documented over its 20-season run. Aside from its very premise — numerous women competing for the love and attention of a single man — the show perpetuates sexist notions and standards about women themselves. For example, Ravishly contributor Jessie Fetterling identified the sexist tropes presented in season 19 of The Bachelor, including the "'crazy girl' (a wild-eyed blonde who waxed poetic about peeling onions and ripped a pomegranate from a tree), 'drunk girl' (a Jameson-nursing blonde with a Southern drawl), 'virginal girl-next-door' (an actual virgin who gives out free hugs) and 'bitch' (too many catty women to mention)."

Not only are women reduced to two-dimensional stereotypes, but those presented are almost universally white. Though 23-year-old Carolina Gerlach watches the show, she feels "completely underrepresented" as a Latina, she told Mic. "The show has a huge audience and including diversity could start a huge conversation in this country," she said — and that includes size diversity, which others have also noted is severely lacking.

"What kind of message is this sending?" Gerlach asked. "You can only find love if you're white and thin."

But women are reclaiming their viewing experience. "We're sold this idea of this show being the search for someone's true love, but everything about it is very fabricated and forced, so it's fascinating to watch," Gerlach said. "As an educated viewer, I know that and simply find it as a means of silly escapism."

"Instead of taking The Bachelor franchise too seriously or using it as any kind of model for our own conduct, we take from it exactly what it can give us — an escape from our daily lives; a reason to appreciate our real, imperfect romances; and an excuse to drink wine on a Monday night ... sans tears," she wrote in May in a Huffington Post piece about her dedication to the series.

In addition to escapism, watching the show may help women gain a broader understanding of sexism interwoven in the media more broadly, and even help them push back. Jennifer Pozner — author of Reality Bites Back: The Troubling Truth About Guilty Pleasure TV and executive director of Women In Media and News, a media analysis, education and advocacy group — has found that engaging with the show, particularly by live-tweeting critical commentary, can be a powerful activist tool for imparting both media literacy and feminist consciousness about the show.

While women "have the right to enjoy" shows like The Bachelor, they should ideally do so by arming themselves with "critical media consumption skills" in order to be "an active, critical consumer as opposed to a passive viewer," she told Mic. While live-tweeting, Pozner has faced backlash from fans of the show offended by the suggestion that something they enjoy viewing is problematic. She doesn't take this resistance personally, however, but rather indicative of resistance "to engaging with the idea that something you enjoy can also be toxic culturally or politically," she said.

Embracing criticism of this show can in turn serve as a crucial point of entry to broader, critical media engagement altogether, Pozner added, noting that many people who interact with her live-tweeting are "at the cross-section of wanting to engage in a more critical way but not ever having had the media literacy tools to do so," and exposure to such criticism helps them "put their finger on what they'd already been thinking was wrong."

"People say, 'I always felt something was off here, but I couldn't quite figure out why,' or, 'I couldn't explain why this made me upset, but what you just said helped me explain why,'" Pozner said.

Additionally, those already in tune with feminist dialogues and communities can find catharsis in watching the show together, even if virtually, and many use it as a platform to hone their own voices. Pozner has encountered "a lot of people making jokes with me and being feminist and funny in the way Twitter is great for," while watching, she said, and Gerlach added that the show is "always trending" on social media while it airs and "everyone from feminist bloggers to celebrities to writers gives commentary, and it's really enjoyable to be a part of that."

"Once I began live-tweeting, my enjoyment blossomed into something more involved," Fallon wrote in a Huffington Post article in May. "Nothing felt better than nailing a barb about a particularly outrageous group date (goat milking, anyone?) or getting into quippy exchanges with my new live-tweeting friends. The show felt like both a guilty pleasure and an intellectual exercise, a chance to hone my one-liners and rapid-fire banter."

Ideally, all female viewers would engage with the blatantly sexist show in a critical way. Better yet, networks will hopefully note the success of newer shows with strong, multidimensional female characters and proliferate the model. But until then, the work of critics like Pozner and the engagement of feminist-minded live-tweeters serves an important purpose: We might not have control over the media we're given, but we do have full control over how we engage with it and even utilize it to our own, feminist end.