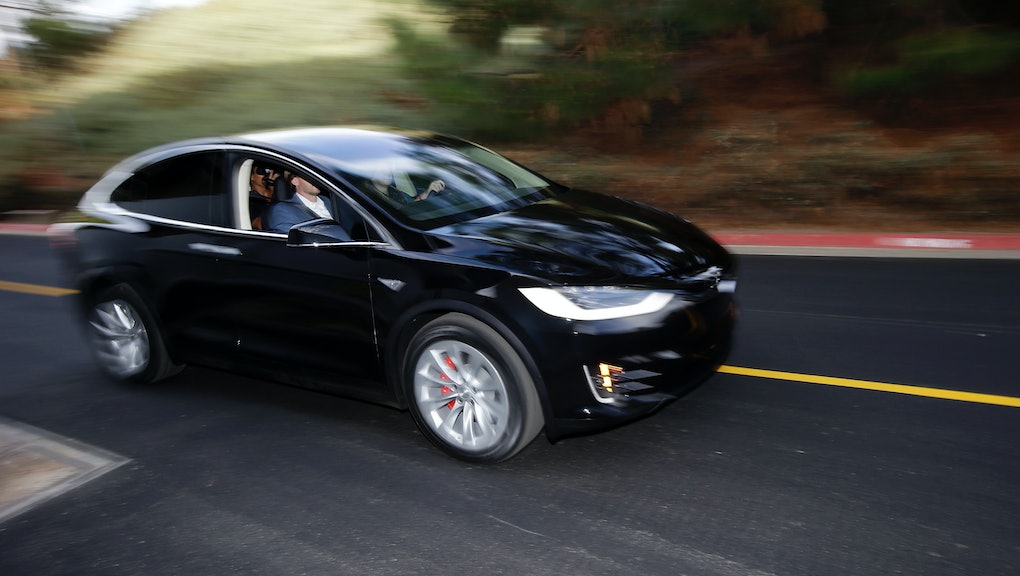 Over the weekend, the Tesla CEO explained in a series of tweets how the Summon feature will work.

With the tap of a button, your car will be able to open a garage door, zoom down the street and come to you wherever you are. Musk says that even if the car is in Los Angeles, it could retrieve a rider in New York.

In a call with reporters, Musk elaborated on his predictions, saying that the car would be able to charge itself along the way, according to the Verge. To facilitate autonomous charging, Tesla will be implementing a snake-like charger at its stations. He also said that the summon feature will require more than a software update. Cars with this feature will have to have very specific cocktail of sensors in order to work, which means older Teslas will not be able to add this function later on.

Tesla's self-driving cars aren't the only autonomous vehicles fast on the way. Ford has announced it's currently testing its driverless Ford Fusion Hybrid in snowy conditions.

Creating self-driving technology for winter weather is actually quite difficult. Most companies rely on a combination of sensors, GPS, radar and a technology called Light Detection and Ranging, also known as LiDAR, according to Detroit News. But when it snows, a lot of those sensors and technologies are rendered useless.

What Ford is doing, in collaboration with the University of Michigan, is building a series of 3-D maps that get stored in the cars' computer system so that, even in inclement weather, it's able to navigate roads.

There's no word on when Ford will make its autonomous hybrid commercially available, but the carmaker has said that it's growing its fleet of test vehicles to 30 this year. Cars will be tested in California, Arizona and Michigan.