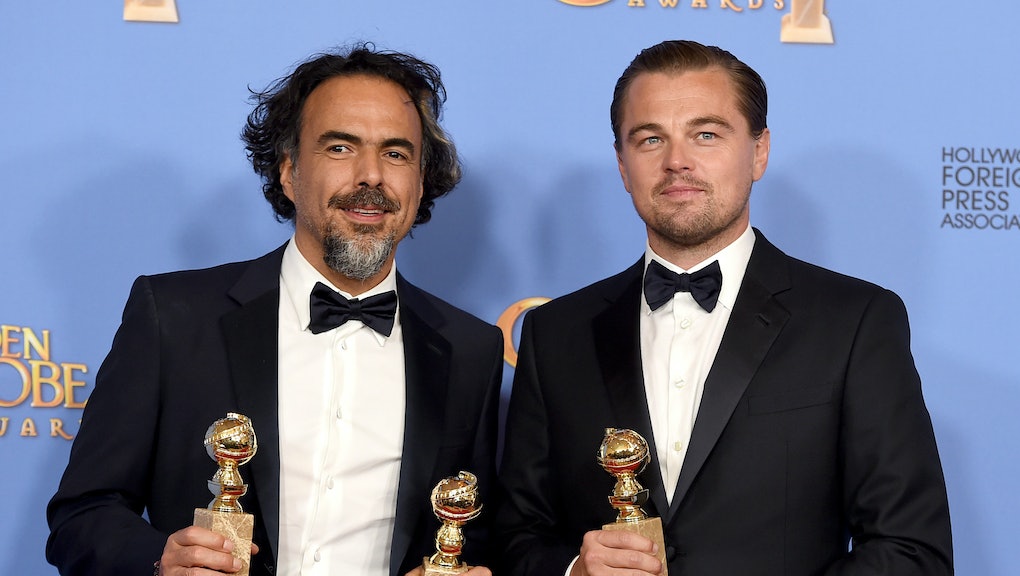 The 73rd annual Golden Globe Awards took place Sunday, and while plenty of Oscar-nominated actors and films won Golden Globes, many predicted Oscar winners went home with nothing. Some stars and films were snubbed, but being that winners of the Golden Globes are chosen by less than 100 foreign journalists while the Oscars are decided by some 7,000 members of the Academy of Motion Picture Arts and Sciences, there are bound to be inconsistencies in the outcomes of the two award shows.

The Golden Globes can influence the Oscars by giving lesser-known films more recognition and Oscar buzz, but Oscar winners often vary from Golden Globe winners. While Spotlight seems to be the frontrunner of Oscar predictions for best picture, The Revenant beat out Spotlight for best picture at the Golden Globes. The Hollywood Reporter's awards columnist Scott Feinberg tweeted "none of this means anything for the Oscar race," though many Golden Globe winners are consistent with Oscar predictions this year.

Here are Oscar predictions based on Golden Globe winners (Oscar nominees will be announced Thursday):

The Hollywood Reporter and a few other publications still rank Spotlight as the No. 1 contender for best picture at the Oscars while Golden Globes winner The Revenant is sixth in line on the the Hollywood Reporter's list. "Spotlight is the only sure thing in a very crowded race," Indiewire wrote.

The veteran actor is still Oscar-less after winning the Golden Globe for best actor for his role in the The Revenant, and several publications are predicting this is the role that'll finally earn him an Oscar as well. "The only acting race with a full-on frontrunner that seems extremely unlikely to lose come Oscar night, best actor is all about Leonardo DiCaprio," according to Indiewire.

Bryan Cranston is the Hollywood Reporter's second most favorable prediction for best actor, for his role in Trumbo. Cranston lost to DiCaprio for best actor at the Golden Globes.

Kate Winslet won the Golden Globe for best supporting actress for her role in Steve Jobs, but the Hollywood Reporter predicts Vikander will win the Oscar for her role in the Danish Girl. There's also talk that Vikander being nominated for best supporting actress is "category fraud," being that she essentially plays an equal role to the film's lead character. Vikander was nominated against Winslet at the Golden Globes.