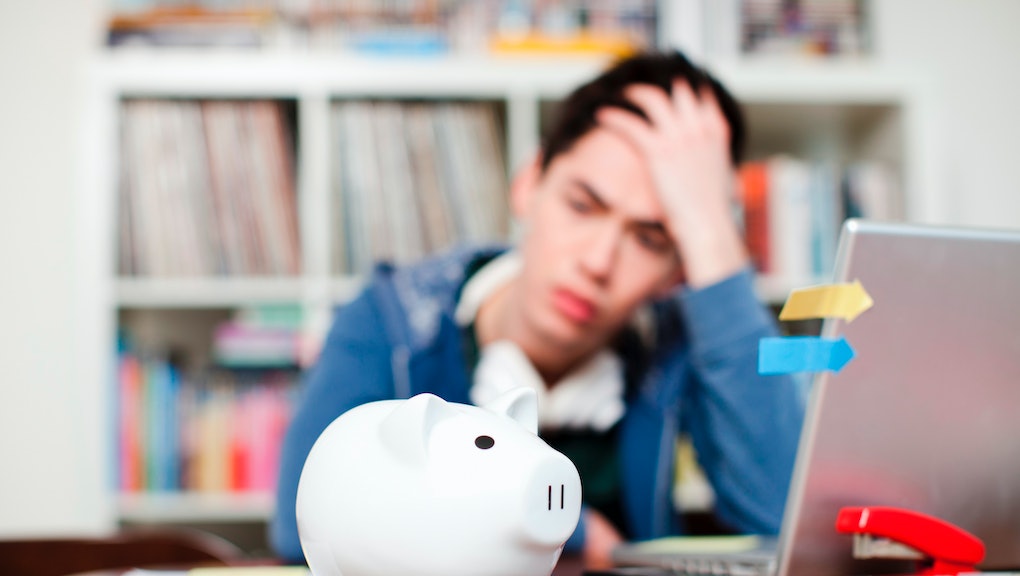 Some of the most notorious culprits in the student debt crisis today are top-tier private schools that cost students $70,000 a year while providing luxurious penthouses for their top administrators. But the reality is that one of the chief sources of growing debt is public college tuition, which is climbing as public higher education institutions increasingly rely on students' paychecks to compensate for cuts in state funding.

The general phenomenon of dwindling funding from states is well established, but a new report by the group Young Invincibles has some particularly striking data on just how bad the damage has been since the Great Recession.

According to the report, 48 states spend less on their students than they did prior to the recession. (The two exceptions are Alaska and North Dakota.)

Between 2008 and and 2014, states dropped their spending on students by 21%, and the states that cut them the most did so by almost twice that amount, according to the report. Louisiana, Alabama and Pennsylvania decreased higher education spending by 41%, 39% and 37% respectively — the worst in the nation, but far from unique in their precipitous declines:

Other than North Dakota and Alaska, which increased student spending between 2008 and 2014, the state that has fared best is Indiana, with just a 4% reduction in spending. New York, Montana and Wyoming all tie for next best with a 5% decrease.

Nationally, tuition is now up by 28% since 2008, which the report says is more than double the rate of inflation. The uptick amounts to $1,868 — an increase that may seem small in light of jaw-dropping tuition figures at some of the nation's most competitive colleges, but a nontrivial sum for lower-income students. And it's a number that only shows signs of growing larger in coming years.

The three states with the highest tuition hikes since the recession are Arizona, Georgia and Louisiana, which have increased by 72%, 68% and 66% respectively.

What are the implications of all these trends?

"In 2008, students and families paid approximately 36% of the cost of public college; in 2014 that percentage increased to half," the report found.

The report also found that there has been a significant downturn in state commitment to spending on higher education, even in just the past year. In a similar assessment in 2015, 11 states received an "F" for their management of education spending, based on criteria that include things like the cost of tuition and making sure student of color receive equal access to college. This year the number of failing states rose to 19.

It's difficult to overstate how troubling these trends are. The very premise of public higher education is to provide the opportunity for students to acquire knowledge and develop skills at a highly manageable cost with little to no debt. A big part of why three-quarters of the nation's college students are at public institutions is based on that historic promise. That promise isn't simply predicated on some abstract notion that free college is virtuous, but on an empirically grounded knowledge of the fact that society sees returns from investing in higher education: a more skilled labor force, and a more civically engaged and cultivated citizenry.

During the recession, state budgets took an axe to higher education spending in order to attend to other fiscal priorities. But if they don't get back on track quickly, that short-term fix will become a long-term problem.