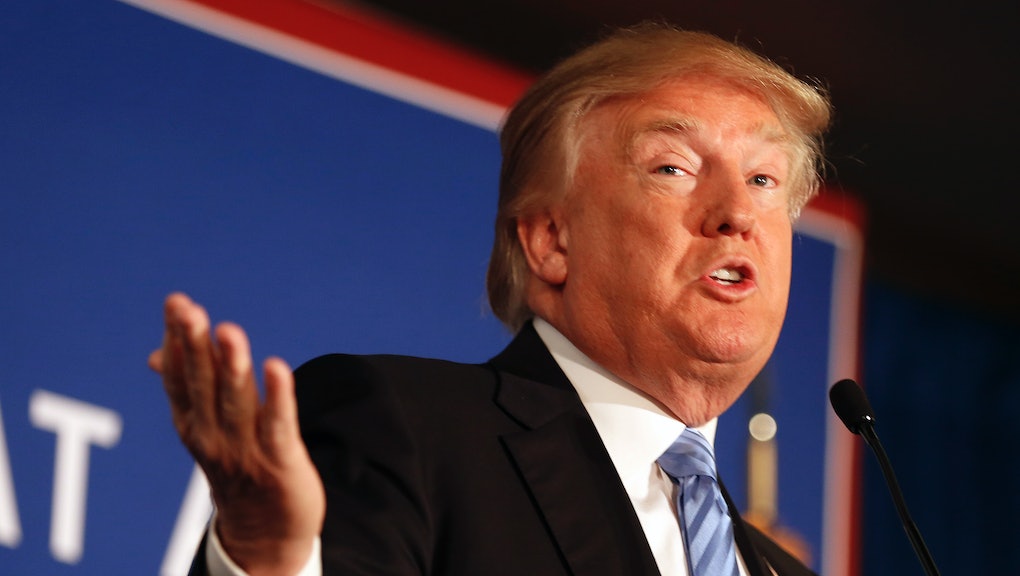 2016 Elections: Here's Everything You Need to Know About GOP Candidates

To the uninitiated, the current GOP field could be perceived as organized chaos, with 12 candidates still in the running after five Republican debates. Real estate mogul Donald Trump still leads the pack in the latest national polls* but with such a vast array of candidates ahead of the Iowa caucus on Feb. 1, a lot can still happen before the field is whittled down further.

*Unless otherwise noted, all national poll numbers are from the latest NBC News/SurveyMonkey poll released Tuesday.

Donald Trump: The president of the Trump Organization since 1971, Trump has quickly built a reputation for his celebrity status and (mostly successful) entrepreneurial ventures. He previously decided to run for office in 2012, but the campaign never actually came to fruition.

The poll numbers – Trump leads all GOP candidates, as 35% of likely Republican voters surveyed said they would vote for the real estate mogul.

Ted Cruz: A graduate of Harvard Law School, the Texas senator became the first Hispanic American to serve as a U.S. Senator in Texas in 2012. Since taking office, he has gained a reputation for his uncompromising conservative stances, which includes an attempt to block funding for Obama's health care plan.

The poll numbers – Cruz is Trump's closest competitor in the polls, with 18% of conservative voters surveyed saying they would vote for the senator.

Important policy positions – Cruz is a staunch defender of Second Amendment rights, and has harshly criticized the Obama administration for its gun control initiatives. He most recently created a signup sheet on his campaign page to "support the protection of your Second Amendment rights" because Obama "wants your guns" after the president's speech on executive gun control actions on Tuesday.

Marco Rubio: Florida Sen. Marco Rubio — like Cruz — is of Hispanic descent, as he is a second-generation Cuban American. He rose to prominence in 2010 when he upset then-Gov. Charlie Crist in the Florida senate race.

The poll numbers – Rubio is third in the polls among Republican candidates, with 13% support, where he trails Cruz by five points and is 22 points behind Trump.

Important policy positions – Rubio has placed a greater emphasis on foreign policy than his peers and has targeted China as an area that presents challenges, as well as opportunities. "Despite the challenges China poses to the U.S., we must never forget that the opportunities are even greater," Rubio wrote in an op-ed for the Wall Street Journal. "The ability to trade, travel and innovate through cooperation and competition is greater than it has ever been."

Ben Carson: A retired neurosurgeon and former head of pediatric neurosurgery at Johns Hopkins University, Dr. Ben Carson got on the conservative radar after confronting President Obama and his health care plan at a National Prayer Breakfast in 2013.

The poll numbers – After high national polling numbers in previous Quinnipiac University polls — including 23% support, one point behind Trump, in a poll released on Nov. 4 — Carson has seen his support dwindle in recent weeks, with only 9% support in the latest poll.

Important policy positions – Given his medical background, Carson has repeatedly attacked Obamacare and has promised to immediately repeal it if elected as commander in chief. On his campaign page, Carson notes that "Obamacare has upended the patient-doctor relationship, restricting our health care options and access to doctors and specialists."

Jeb Bush: Former Florida Gov. Bush is in good family company. After all, his father and brother both served as presidents, and he had two terms as Florida's governor from 1999 to 2007.

The poll numbers – Despite a high number of party endorsements, Bush has failed to stand out in the packed GOP field, as he has only 6% support among Republican voters.

Important policy positions – Bush is in favor of major tax reforms, which would limit corporate tax deductions and reduce rates for individuals, according to his campaign page. Broadly, Bush wants a "complete overhaul of the U.S. tax code," which he said would create a 4% annual growth in the country's economy. According to the campaign, the result would be 19 million new jobs in the span of eight years.

Carly Fiorina: Like Trump, Fiorina's background is more corporate than political. She served as Hewlett-Packard's CEO from 1999 to 2005 before an auspicious ousting, though she was also a vocal economic adviser during John McCain's 2008 presidential bid.

The poll numbers – In a stacked field, Fiorina is polling very low, with only 3% support. In fact, 5% of likely GOP voters answered "Don't know," two points higher than Fiorina.

Important policy positions – As the only female candidate running for the GOP nomination, Fiorina has staunchly defended standard Republican stances on gender issues. In an interview with CNN, Fiorina said she is against mandatory paid parental leave, instead leaving the choice to the individual companies. "I'm not saying I oppose paid maternity leave," Fiorina said. "What I'm saying is I oppose the federal government mandating paid maternity leave to every company out there. I don't think it's the role of government to dictate to the private sector how to manage their businesses."

Rand Paul: The son of libertarian and former presidential candidate Ron Paul, this Kentucky senator served in the sSenate since 2011 and gained traction to run for commander-in-chief with eventual support from his father.

The poll numbers – Paul's numbers are very low among GOP hopefuls, with only 2% supporting.

Important policy positions – Paul has been opposed to the NSA's collection of personal information of American citizens, and has insisted that the U.S. government hasn't done enough to limit its investigative scope. "If the government has probable cause that an individual is a criminal or suspected terrorist, then they must first go to a judge and obtain a warrant as required by the Fourth Amendment," Paul's campaign page says.

Chris Christie: New Jersey Gov. Christie is currently in his second term as New Jersey's governor, and was previously a U.S. Attorney for the state.

Important policy positions – Using Camden, New Jersey, as a prime example of how to tackle crime in America, Christie has highlighted a restructuring of the justice system in his campaign to allow non-violent offenders an opportunity to serve lighter sentences, according to the governor's campaign page. This includes an emphasis on drug courts for specific drug-related offenses and additional job training and educational opportunities for current inmates.

John Kasich: Before being elected as governor of Ohio, Kasich spent nearly two decades as a member of the United States House of Representatives, as well as working as an investment banker and managing director for the Lehman Brothers before they filed for bankruptcy in 2008.

The poll numbers – Kasich's support is low, with only 2% of likely Republican voters pulling for him in the latest national poll.

Important policy positions – With his financial background, Kasich has prioritized budget reform while using his state success in Ohio as an indicator of what he could do on a national level. According to his campaign page, Kasich created "hundreds of thousands of private sector jobs" and reduced the state's unemployment rate to "its lowest point in over a decade."

Mike Huckabee: Huckabee has one of the most versatile backgrounds among GOP contenders, as he's served as the governor of Arkansas for two terms, hosted a show on Fox News and is also an ordained minister. He also ran for the office in 2008, where he finished third among Republican candidates.

The poll numbers – Huckabee has only two points in the national polls, which leaves him one point higher than those who responded with "No answer" and three points behind respondents who said "Don't know."

Important policy positions – Huckabee has focused on the rights of American veterans, and promises that his "first act as President will be to end the national disgrace of failing to properly care for veterans who sacrificed so greatly for our country," his campaign page wrote. This would include greater opportunities for veterans to receive mental health treatment and suicide prevention, as they are at a higher statistical risk for both than the average U.S. citizen.

Rick Santorum: Santorum previously ran for the GOP nomination in 2012, where he finished as the party's runner-up to Mitt Romney. Before that, he served as Pennsylvania's senator for 11 years.

The poll numbers – Santorum is polling nationally at 1%, an unnerving statistic for the Republican hopeful who had much higher support against less competition in 2012.

Important policy positions – Santorum's campaign has focused on foreign policy and specifically "fighting radical Islam." According to the Hill, he believes the existence of the Islamic State Group, also known as ISIS, is a result of President Obama's willingness to take troops out of Iraq. "Barack Obama and Hillary Clinton, under her watch, decided politics above the security of our country and the stability and security of the world," he said.

Jim Gilmore: Gilmore served as Virginia's governor from 1998 to 2002 and chaired the Republican National Committee in 2001.

The poll numbers – He has zero support in national polls, and has yet to appear in a national debate.

Important policy positions – Gilmore uses a similar rhetoric in the issues on his campaign page as his Republican peers. He said he would repeal Obamacare if elected, and is an ardent supporter of Second Amendment rights, adding that there will "never be an assault weapons ban during my presidency."