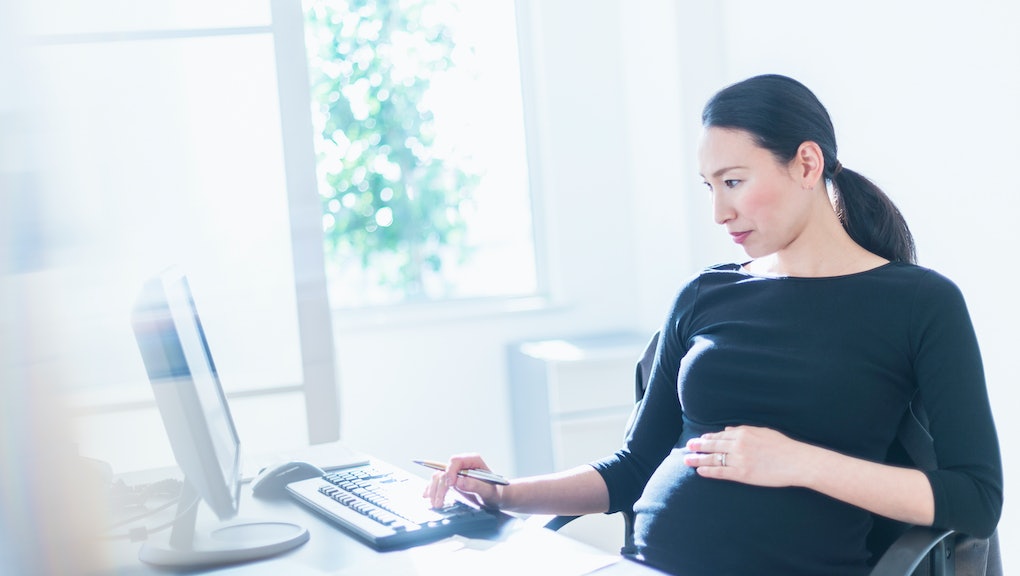 The Feminist Case for Basic Income

Basic income is catching fire. The idea is as simple as it is audacious: Basic income is the proposal that everyone — wealthy or homeless, employed or jobless, able-bodied or otherwise — should get a bare-bones salary from the government just for being alive. It's an overhaul of our welfare system, a restructuring of the American economy and an increasingly popular solution to the issue of rising inequality.

In a New York Times op-ed, Judith Shulevitz makes the case that besides being a possible solution for poverty or income inequality, basic income could offer women who aren't in the workforce the opportunity to be compensated for the invisible labor of supporting a home and a family — treating them like creators of measurable, vital labor instead of "glorified hobbyists" that many take for granted.

Reparations for motherhood: In trying to make a conversation about "traditional" households more equitable, it's common to flatten the relationship between a "breadwinner" and a person who cares for the home as being complementary — two halves of a functioning household doing their separate and equal duties.

But glorifying a stay-at-home parent as a supporting role to the person bringing in necessary income ignores the underlying economic truth — that the person who brings in the money has more bargaining power and control over expenses. In a symbiotic relationship, with two people dependent on each other, there is often a taboo power imbalance.

This disparity — two people working, one paid, one not — creates financial vulnerability for women who have chosen to be the homemaker. If she wants to leave the marriage or home, she must consider re-entering the workforce. If the relationship is abusive, she might not want to risk the financial emergency she could face by trying to leave. In short: It imperils anyone who wants to take on the role of creating and supporting a stable household.

This disparity — two people working, one paid, one not — creates financial vulnerability for women who have chosen to be the homemaker.

"I'd argue that this view of motherhood gets it exactly backward," Shulevitz wrote for the Times. "Actually, it's society that's getting a free ride on women's unrewarded contributions to the perpetuation of the human race. As Marx might have said had he deemed women's work worth including in his labor theory of value (he didn't), 'reproductive labor' (as feminists call the creation and upkeep of families and homes) is the basis of the accumulation of human capital.

"I'd argue that this view of motherhood gets it exactly backward. Actually, it's society that's getting a free ride on women's unrewarded contributions to the perpetuation of the human race."

While a basic, regular income would increase equality and stability for every homemaker, it's impossible to ignore that most of these homemakers are, in fact, women. But there are male homemakers, and in the same way that patriarchy marginalizes women by pre-prescribing roles and behaviors, the responsively insidious effect that patriarchy has on men is that when they take on the role of homemaker, they're largely seen as obfuscating their perceived role in the workforce. A Pew Research study found that even when 51% of those surveyed said children are "better off" with the mother at home, they only felt the same way about fathers 8% of the time.

When men step into the role of homemaker, they are seen as inessential.

Welfare for everyone: Basic income is gaining steam worldwide. Finland is toying with the idea of introducing a nationwide basic income, and a private project in Germany is giving 26 people $1,100 a month to see what happens when they have a basic stipend.

It's a radical reform for a more free-market capitalistic economy, but these are the nuts and bolts of how most think it would go down in the United States: We replace the welfare system we currently have, almost entirely, with a regular wage for each person at poverty level. We pay for it all with the money saved from the current system of welfare, combined with an aggressive tax on the rich (some also propose a rollback of military spending).

Basic income is newly exciting because of the cataclysm caused by the technological revolution and job automation. While it's easier than ever to generate new food and shelter, economic futurists and doomsday prophets say robots are coming for many of our jobs, creating a world where fewer people are working and resources are more plentiful. Silicon Valley titans and tech luminaries — the same people looking to automate our future — have taken on basic income as the proposed solution to distribute those futuristic gains among the growing masses who are simply going to be out of a job.

A basic economic floor means no one has to risk their stability when choosing what is best for themselves.

But this current move for basic income is actually the third major wave of basic income philosophy. The first was at the end of World War I, and the second was on the heels of the civil rights movement in the 1960s — Martin Luther King Jr. saw a guaranteed income as a final solution to immediately abolish poverty.

Along the way, it has been framed not as a way to revolutionize the welfare state or to redistribute the staggering wealth accumulating in the hands of a narrowing few — though it would do both of these things — but as a great enabler of choice. Whether your ideal vocation is as an artist, entrepreneur, homemaker or laborer, a basic economic floor means no one has to risk their stability when choosing what is best for themselves.

Without deciding who is set back, or how best to provide for them, basic income enables independence by providing a floor, so that no one has to financially lean on anyone else.