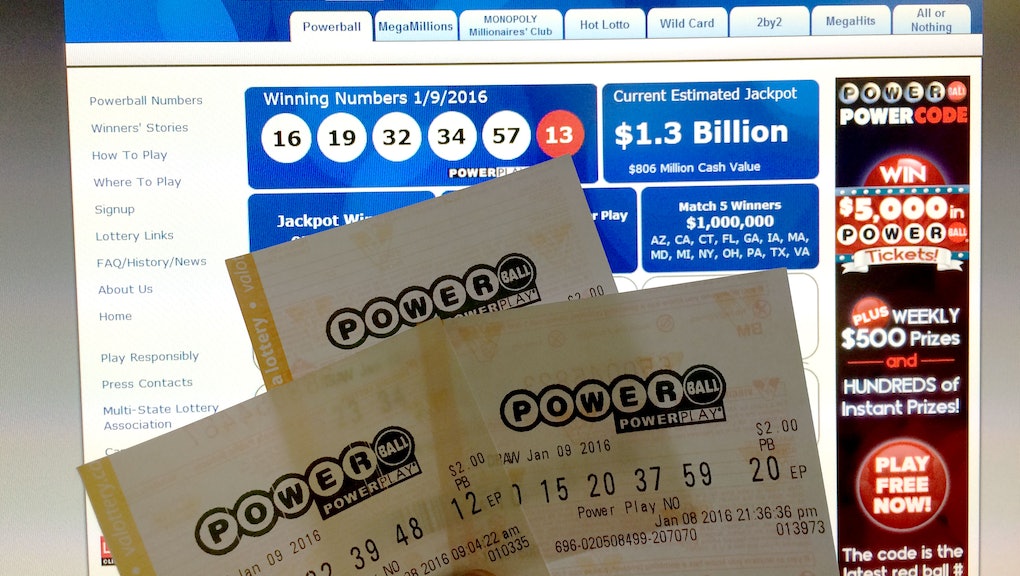 As the Powerball lottery jackpot grows to an estimated $1.4 billion after no one hit all six numbers Saturday, lottery players across the United States are purchasing their tickets in hopes of hitting the jackpot. However, the odds are not in your favor: Anyone who bought a ticket for Saturday's drawing were looking at odds of 1 in 292.2 million.

Your chances of flipping a coin and getting heads 28 times in a row are better than winning the Powerball, Jeffrey Miecznikowski, an associate professor of biostatistics at the University at Buffalo in New York, told USA Today. "It's very unlikely," Miecznikowski said.

Here are seven things that are more likely to happen than winning the Powerball jackpot on Wednesday:

Believe it or not, you have a better chance of becoming the next commander in chief than winning the lottery. According to International Business Times, the odds of you becoming the next president of the United States are 1 in 10 million.

2. Being struck by lightning — while drowning

Even though you would also be the unluckiest person in the world, you have a better chance of being struck by lightning, while drowning, than winning the Powerball. The likelihood of both happening simultaneously are 1 in 183 million.

3. Being killed by a vending machine

Although not normally considered a dangerous instrument of death, vending machines crush and kill two people a year in the United States, according to the Guardian. The yearly risk that a vending machine will kill you is roughly 1 in 112 million. While death by vending machine seems absurd, the scenario is still more likely than drawing the winning Powerball numbers.

According to author Gregory Baer, you have a better chance of becoming a saint than winning the lottery. Only 10,000 people have become saints when Baer published his book Life: The Odds: And How to Improve Them, out of the roughly 100 billion people that have ever existed on Earth.

5. Becoming a billionaire the old-fashioned way

You are more likely to have conjoined twins than draw the winning numbers to the lottery. Although extremely rare, conjoined twins appear once every 200,000 live births, according the the University of Maryland Medical Center.

Your odds of being killed by an asteroid are about 1 in 75,000, according to Stephen A. Nelson, an associate professor in the Department of Earth and Environmental Sciences at Tulane University.