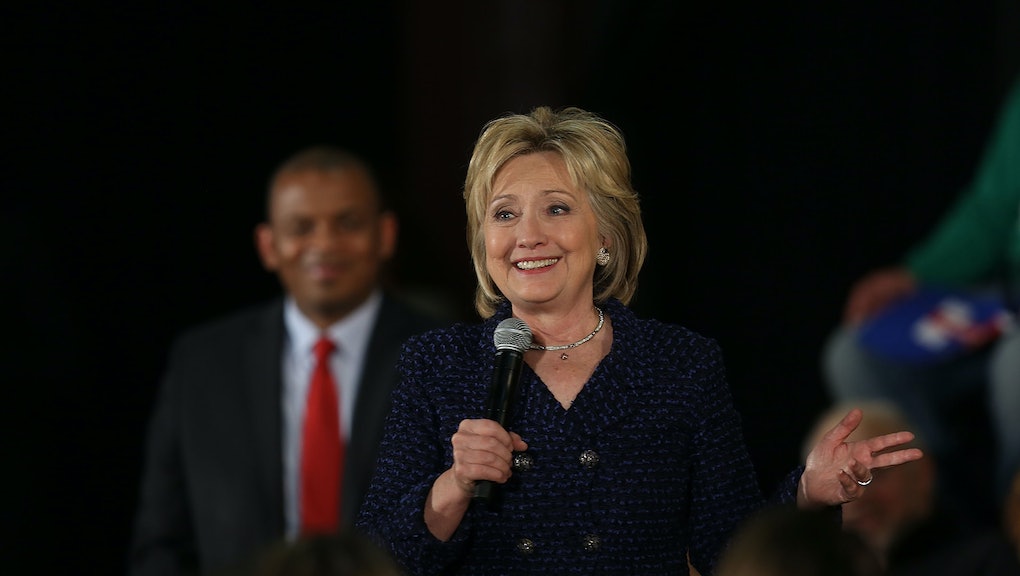 2016 Elections: Here's Everything You Need to Know About Democratic Candidates

While the GOP field is — quite simply — stacked, the 2016 Democratic field has had the same names in contention for an extended period of time. At the helm is former Secretary of State Hillary Clinton, followed by her primary challenger in Vermont Sen. Bernie Sanders, with former Maryland Gov. Martin O'Malley a faraway third. Clinton still holds over half of Democratic support among likely Liberal voters, though Sanders has a competitive 36%, according to the latest NBC News/SurveyMonkey poll released on Tuesday. However, in some issues, the candidates position themselves differently from one another, even though they all share core Liberal values.

Here are the key points to know about each Democratic candidate:

Background: Clinton's resume is expansive, to say the least. She's a former New York Senator, the former Secretary of State under the Obama administration, and was elected attorney general of Arkansas. Oh, and she was also the first lady during her husband's eight-year tenure as president.

The poll numbers: Among Democratic voters, Clinton has 53% support in the poll — a position she's firmly held onto throughout the presidential race. Additionally, in the latest national poll released by Quinnipiac University on Dec. 22, she polls at 47% when matched up with Republican frontrunner Donald Trump, who holds 40% support in comparison.

Important policy positions: Though Clinton and Sanders hold similar positions on several issues, Clinton supports American action overseas in several countries, whereas Sanders is more hesitant. This includes U.S. involvement in regions of the Middle East dealing with the Islamic State Group, also known as ISIS. "This is no time to be scoring political points. We must use every pillar of American power, including our values, to fight terror," Clinton said, according to CNN.

Background: He's a self-proclaimed socialist and the longest-serving independent in U.S. congressional history, as he has served in the House and Senate combined for nearly 25 years. He was also the mayor of Burlington, Vermont, from 1981 to 1989.

The poll numbers: Sanders has 36% to Clinton's 53% for the Democratic nomination in the poll, and is also favored over Trump when paired against him in the latest Quinnipiac University national poll from Dec. 22.

Important policy positions: Sanders is a firm proponent of creating tuition-free public colleges and universities, and has used European countries using socialist principles — such as Denmark and Norway — as examples of how it can expand educational opportunities. Such a plan, which would cost roughly $75 billion a year, according to Sanders' campaign page, would be funded through imposing a tax on Wall Street speculators. "It is insane and counter-productive to the best interests of our country and our future, that hundreds of thousands of bright young people cannot afford to go to college, and that millions of others leave school with a mountain of debt that burdens them for decades," according to Sanders' campaign page.

Background: O'Malley's background is very much Maryland-based. He is a former governor of the state, and was also the mayor of Baltimore, spending the past 16 years in those two positions.

The poll numbers: In the latest poll, O'Malley has only two points in the Democratic race, and 8% of voters answered "Don't know" — four times the level of support O'Malley holds. It doesn't look promising.

Important policy positions: O'Malley has leaned heavily on what he achieved as Maryland's governor, and rightly so. Among states, Maryland has the highest median household income and has successfully limited its college tuition increases. For O'Malley, the goal is to promote these ideas and how they'd work on a national scale. This includes — like Sanders — an emphasis on keeping Wall Street accountable. "The results of any steps we take as a nation to raise wages, ensure retirement security, and make the dream of homeownership a reality can be wiped out in an instant by another Wall Street crash," according to O'Malley's campaign page.