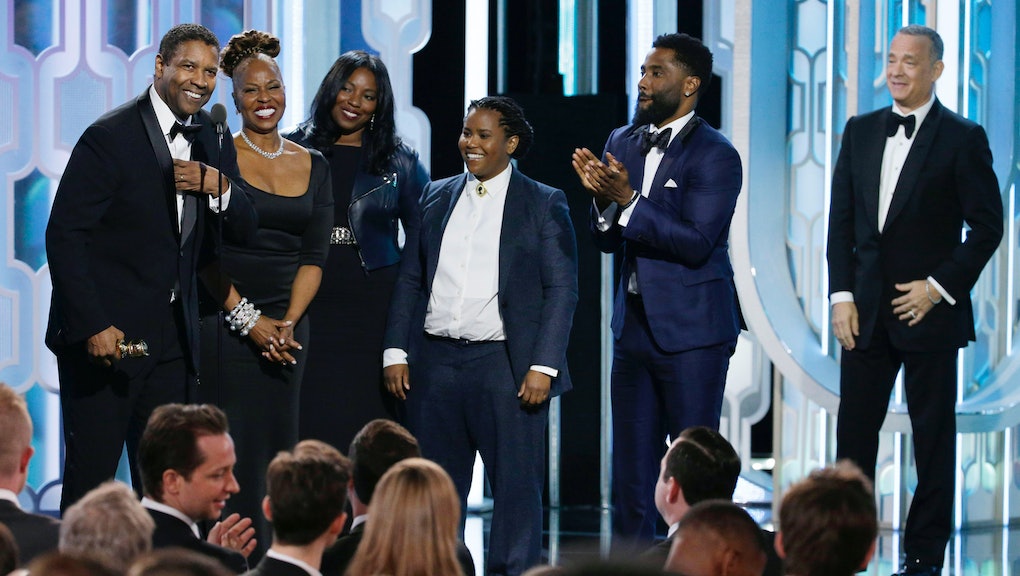 John David Washington Upstaged His Dad at the Golden Globes, and It Might Not Be the Last

On Sunday at the Golden Globe Awards, actor Denzel Washington received the Cecil B. DeMille Award, which goes to those who have made "outstanding contributions to the world of entertainment," according to Us magazine. Washington went onstage to accept the award accompanied by his family, including tuxedoed 31-year-old son, John David Washington, who may have not received the award but managed to steal the show — and many hearts.

One Twitter user commented that the Washington family has "great genes," and another wrote, "Denzel Washington has accomplished so many things...like making his hot son."

But fans most likely already noticed him as Ricky Jerret in HBO's series about fictional football players, Ballers, which will be returning for a second season, according to Cinema Blend.

"It was in my heart my whole life," John David Washington told Sports Illustrated about how his passion for acting was stronger than football. "But every kid has their rebel kind of thing, so my rebel, I turned to football, 'cause I always loved it too, but this was my thing."