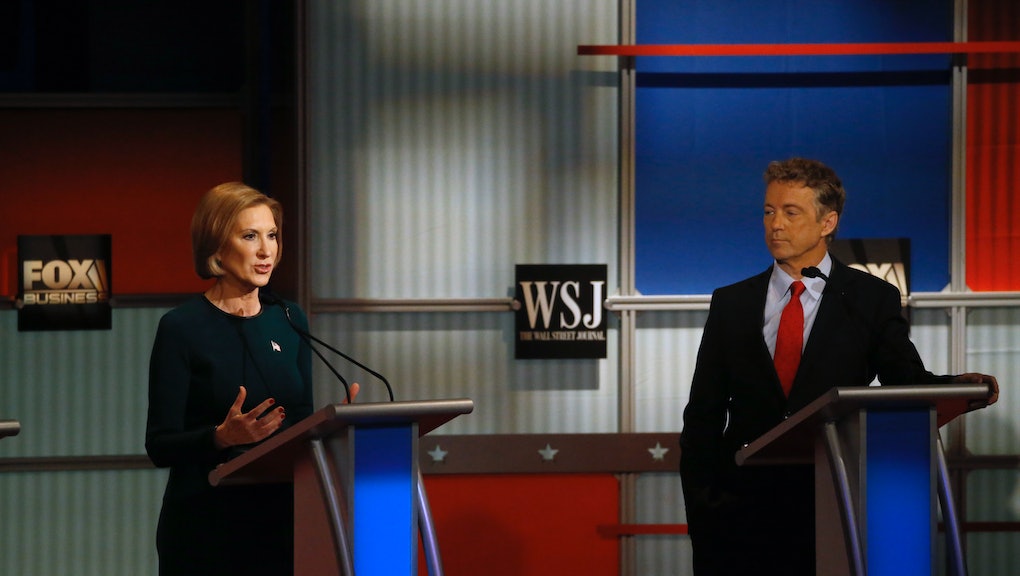 The guest list for the "kiddie table" just got a little bigger.

Paul, who represents Kentucky in the Senate, and Fiorina, the former head of Hewlett-Packard, were invited to participate in a 6 p.m. "undercard" debate, along with former Arkansas Gov. Mike Huckabee and former Pennsylvania Sen. Rick Santorum.

Paul, however, quickly announced he wouldn't bother appearing with the underdogs.

Paul's campaign questioned the criteria used to establish the lineup and said he "by any reasonable criteria" has a "top-tier campaign."

The defiant Team Paul's statement continued, "This race is hitting its final stretch and Rand Paul is in it to win it. He is on the ballot in every state ... He is an important voice and has a unique message to share.

"He will hit the ground running this week to double down on his efforts to talk straight to the voters. See you in New Hampshire and Iowa."

Fiorina, the lone woman among the major GOP candidates, initially appeared in undercard debates, but turned in such a strong performance that host CNN adjusted the criteria in a way that allowed her entrance to the main event in September. Her star has seemingly faded since then.