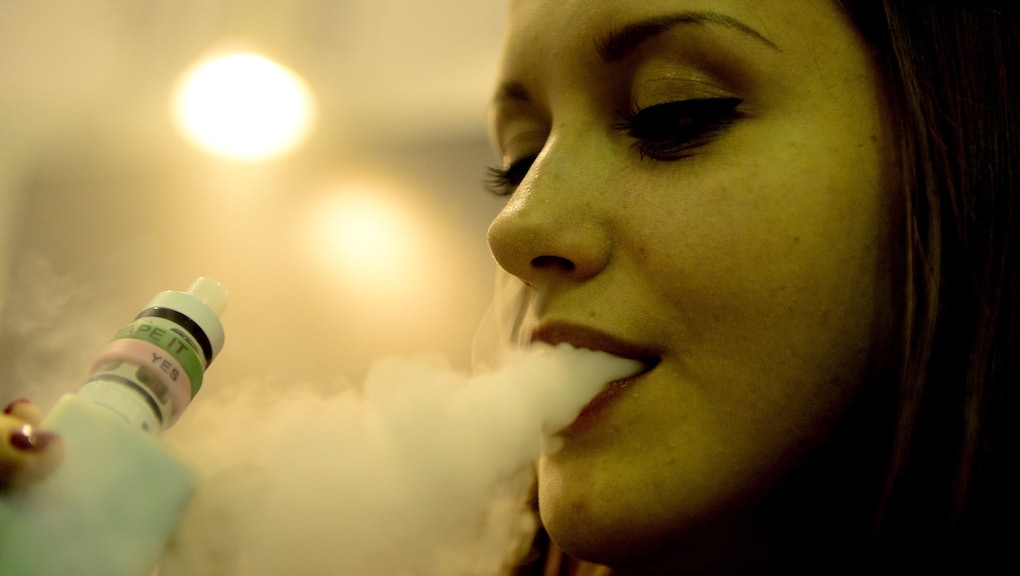 On Jan. 1 Hawaii put into effect a new age limit for those buying cigarettes, e-cigarettes and tobacco products for anyone under 21. Now, New Jersey is following suit with its own bill that would raise the age from 19 to 21, making it illegal for retailers to sell tobacco and vaping products to young adults under the new legal age.

The bill, S602, received overwhelming support from the state's general Assembly, which voted 49-20 in favor of the legislation according to Raw Story.

However, the New Jersey Food Council expressed concern over the loss in ancillary sales in light of the new smoking age: People going into a store to buy cigarettes usually buy food and drink items, too.

Mary Ellen Peppard, a New Jersey Food Council member, pointed out that this would not only impact individual store owners' profits, but would also take millions of tax dollars away from the state. According to the Wall Street Journal, the state Office of Legislative Services estimated that New Jersey would forgo up to $16.2 million in 2017, the first full year the law would take effect.

The final lines of S602 explain that the bill could be implemented as soon as May if Gov. Chris Christie signs off on it. He's made no indication of his feelings on the legislation, and his most recent legislation on smoking includes only a veto of a 2014 bill to ban smoking at parks and restrict it at beaches, the Journal reported.

But according to the State Department of Health's website, New Jersey has a goal of reducing the number of smokers to 13.6%. And while the Centers for Disease Control and Prevention claims 14.8% of their over-18 population smokes, the Department of Health recognizes a percentage of 14.3 as being only the number of smokers between the ages of 12 to 18.

Assemblywoman Pamela Lampitt, who co-sponsored the bill, said she believes focusing on that percentage of young adults smoking is key to closing the gateway to other addictions. "Addiction happens at a very young age," Lampitt said, according to the Journal, "and we know that addiction happens with tobacco first. Cigarette use and addictive behavior moves into other addictive behaviors."