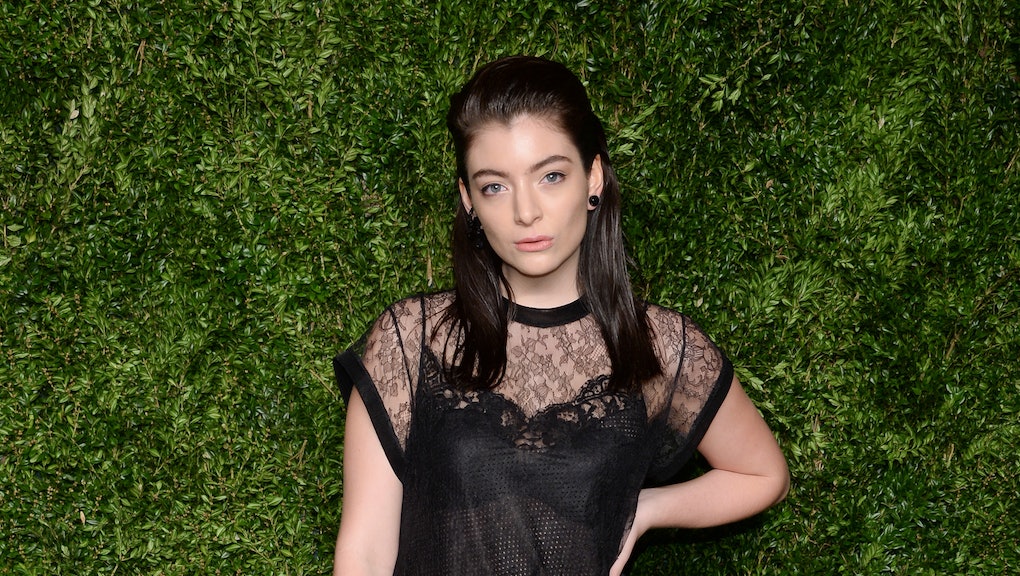 The sheer breadth of artists that have been moved to share their thoughts and feelings about David Bowie's death Sunday has been extraordinarily touching to witness. Artists young and old, avant-garde and conservative, hip-hop and rock, have all offered tributes that show just how far-reaching Bowie's impact on all music was.

Each message has taken its own life based on its author. Pop artist Lorde, one of the youngest artists to toast to the legend, highlighted the ongoing self-reflective fascination Bowie has inspired in her own tribute, arguing it's somewhat unique to the artist.

"It feels kind of garish to talk about oneself at a time like this, when the thing that has happened is so distinctly world-sized," she wrote in a Facebook post, highlighting the impulse but not condemning it. "Everything I've read or seen since the news has been deeply intrinsic in tone, almost selfish, like therapy. That's who he was to all of us. He was a piece of bright, pleated silk we could stretch out or fold up small inside ourselves when we needed to."

The New Zealand songwriter proceeded to tell her own Bowie story that was similarly personal, but one that sheds new light on Bowie's persona and the impact he's had on Lorde's career. "I've never met a hero of mine and liked it," she wrote. "It just sucks, the pressure is too huge, you can't enjoy it. David was different."

Lorde met Bowie at a Vogue benefit honoring Tilda Swinton, she said, at a time when she was incredibly suspicious of fame and her new life in the United States.

"That night something changed in me — I felt a calmness grow, a sureness," she wrote. "I think in those brief moments, he heralded me into my next new life, an old rock and roll alien angel in a perfect grey suit. I realized everything I'd ever done, or would do from then on, would be done like maybe he was watching. I realized I was proud of my spiky strangeness because he had been proud of his. And I know I'm never going to stop learning dances, brand new dances."

It's a feeling many of those who are still posting and mulling over this loss will likely share. The number of individuals who have shared stories about how Bowie's helped them feel comfortable exploring a world beyond gender binaries and heterosexual norms, or simply feeling comfortable in their weirdness, proves the inspirational and therapeutic role he played in our culture.

"When in doubt, listen to David Bowie," begins a quote from author Caitlin Moran's essay entitled "10 Things Every Girl Should Know" widely shared Monday. "In 1968, Bowie was a gay, ginger, bonk-eyed, snaggle-toothed freak walking around south London in a dress, being shouted at by thugs. Four years later, he was still exactly that — but everyone else wanted to be like him, too. If David Bowie can make being David Bowie cool, you can make you cool. Plus, unlike David Bowie, you get to listen to David Bowie for inspiration. So you're one up on him, really. You're already one ahead of David Bowie."

There is no artist of his era who would have been more likely to continue to innovate and push music forward into his twilight years than Bowie. Even in death, he will continue to be a glittering fountain of inspiration for years to come.