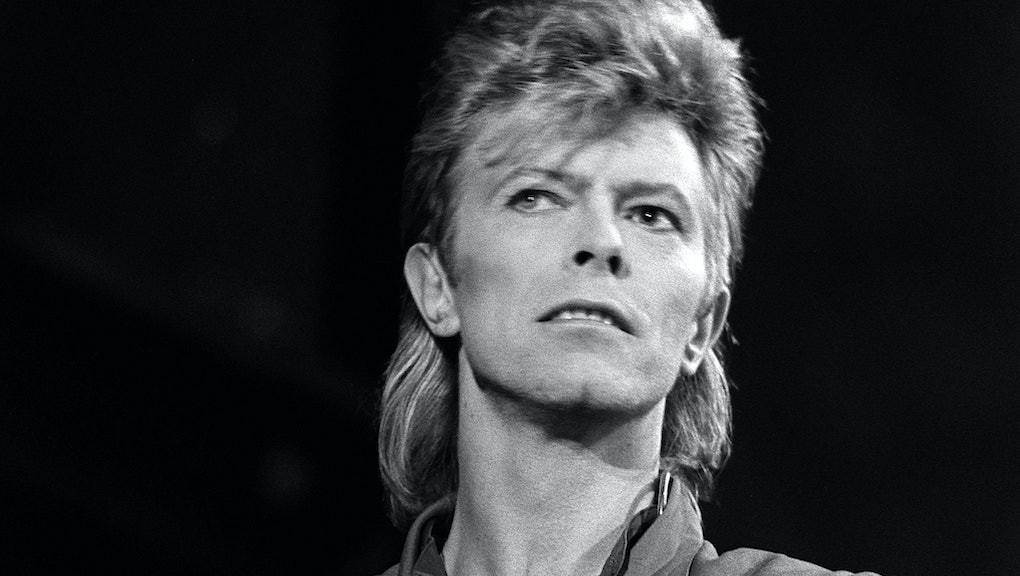 The world mourned the actor and singer David Bowie on Monday, who died Sunday night after an 18-month fight with cancer. One of the most influential musicians of the past several decades, the two-time Grammy winner influenced queer culture, changed how the world viewed fashion trends and inspired hundreds, if not thousands, of musicians, artists and entertainers across the globe.

However, the "Space Oddity" singer has a past that many fans might struggle with. In the 1970s, Bowie allegedly had sex with an underaged girl and later faced rape allegations in 1987. Bowie was never indicted for a crime, but these accusations represent the complicated legacy that Bowie left behind.

Amid the adulations that followed Bowie's death were murmurs of Bowie's statutory rape and rape allegations. The comments live mostly in blogs and on social media and focused in many cases on "reconciling" Bowie's genius with allegations of sexual assault.

According to The Establishment, Bowie's style, fashion and lyrics, which were cherished by millions, go hand-in-hand with his alleged sexual crimes. "Bowie, like all of us, was complicated and nuanced," The Establishment's Jody Allard and Margaret Corvid wrote. "Bowie, unlike all of us, was accused of committing sex crimes. As the world mourns his death today, there's been nothing nuanced about it. It's all Bowie, all the time, with only the tiniest stones allowed to ripple the smooth surface of his legacy."

Rebecca Hains, associate professor of media studies at Salem State University, wrote Monday, "Calling out artists' [alleged] abuse of others doesn't necessarily negate the cultural value of their bodies of work." Another piece on Dear Coquette argued it would be "a stretch for people to call him a rapist, and it's ridiculous for people to call him a pedophile."

In the early '70s, Bowie allegedly had a sexual relationship with Lori Mattix, who was around 15 years old at the time. Mattix was one of many so-called "baby groupies," girls between the ages of 12 and 16 who frequently patrolled Sunset Boulevard in Los Angeles, a haven for musicians and entertainers in the '70s. The age of consent in California was (and still is) 18 years of age.

Mattix, in an in-depth interview published in November, talked with Thrillist about her years as a "baby groupie," and the time she lost her virginity to the famed artist. "He focused his famously two-colored eyes on me and said, 'Lori, darling, can you come with me?'" Mattix told Thrillist. "He walked me through his bedroom and into the bathroom, where he dropped his kimono. He got into the tub, already filled with water, and asked me to wash him. Of course I did."

"Then he escorted me into the bedroom, gently took off my clothes, and de-virginized me," Mattix said.

(Skip to 11:24 to hear Mattix talk about the sexual encounter, in VH1's documentary Let's Spend The Night Together.)

To this day, Mattix claims that her decision to lose her virginity to the pop icon was "consensual," Mattix told Thrillist. While Mattix is entitled to believe this, the age of consent would have made the alleged sexual encounter illegal.

In 1987, 30-year-old Wanda Nichols accused Bowie of forcing himself on her after a concert tour stopover in Dallas. Bowie, who was 40 at the time, vehemently denied the allegations, calling them "ridiculous," and a "ploy for attention," according to the Philadelphia Inquirer.

The grand jury refused to indict Bowie on rape charges due to a lack of evidence.

As we've learned over the past few months, it can be difficult to come to terms with the fact that some of our favorite actors or singers may have problematic pasts. But the conversation regarding the topics of sexual assault, rape and abuse shouldn't be swept under the rug, nor should we shy away from having those tough conversations.

David Bowie influenced millions across the world. The musical genius defied conventional societal norms of style and fashion, he gave his fans music to cherish for a lifetime and he is widely regarded as one of the most original songwriters of all time.

Despite all of these great achievements, his past is not spotless, and for the sake of every victim of sexual violence, it doesn't deserve to be remembered as such.