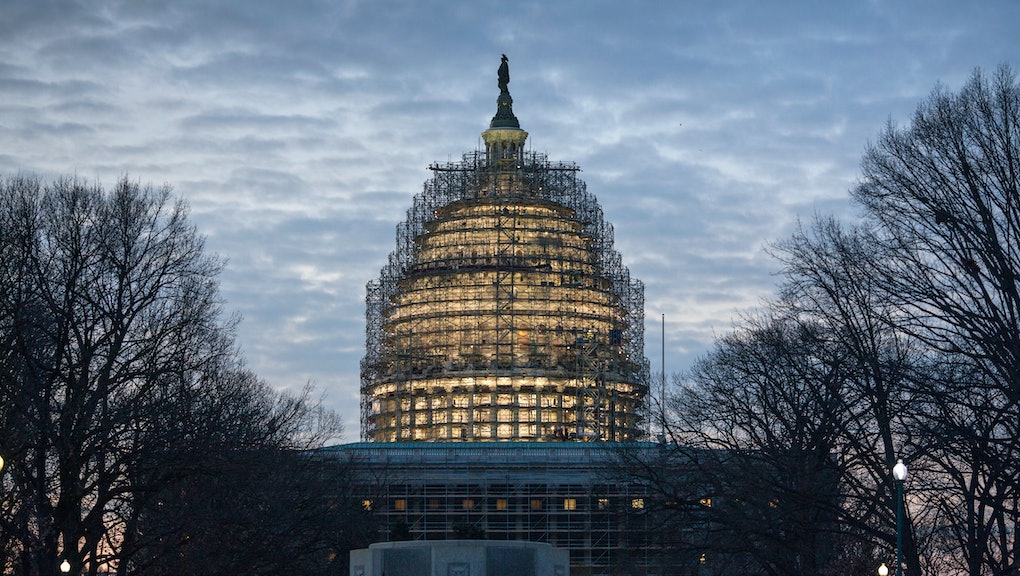 Who Is Sitting Next to Michelle Obama During SOTU and Why

President Barack Obama will deliver his final State of the Union address before Congress, state officials, politicians and guests on Tuesday. In line with a nearly 30-year tradition, a number of special attendees have accepted an official White House invitation to join first lady Michelle Obama in watching the president's address. Those asked to attend "exemplify the themes and ideals that the President lays out in his address," according to a statement from the White House. The public can follow the Obama's seventh SOTU speech, which begins at 9 p.m. Eastern, on the White House's livestream.

"For the President's final State of the Union address, the individuals who will be seated in the guest box tell the story of the progress we have made since the President delivered his first address seven years ago — from a terrible economic recession and two costly wars, to a revitalized and thriving economy and renewed American leadership abroad," the White House's statement continued.

The White House has circulated a fair amount of promotional content to drum up awareness for the monumental moment for Obama. Here's one piece of that press push, a video of White House officials calling this year's special guests to extend an invitation to the event:

The empty seat: A vacant seat will be saved to honor lives lost to gun violence. "We leave one seat empty in the First Lady's State of the Union Guest Box for the victims of gun violence who no longer have a voice — because they need the rest of us to speak for them," the White House said on their blog.

Last week, Obama issued executive orders that aim to rework gun legislation in America. Given recent events, like the Dec. 2 mass shooting in San Bernardino, California, the issue of gun violence will likely take center stage at some point during Obama's address on Tuesday.

Other issues on the table: According to CNN, a number of issues could rise to the forefront of Obama's speech, including the economy, America's geopolitical standing and, of course, gun control.

Yet tangential to the issue of gun violence in America is the rate of crime, and what many believe to be injustices within the criminal justice system. Many think criminal justice reform is a necessary fight moving forward and it would lend itself to increasing the safety of Americans.

"Law enforcement professionals are counting on the President and Congress to enact urgently-needed criminal justice reforms this year," Ronal Serpas, co-chair of Law Enforcement Leaders to Reduce Crime and Incarceration and former superintendent of the New Orleans Police Department, told Mic in an emailed statement. "Our experience working every day in the criminal justice system has shown us the damage caused by our country's high levels of incarceration."

"With incarceration levels at a crisis point and crime at all-time lows, we need to replace ineffective policies that have fueled unnecessary incarceration with solutions that both combat crime and reduce our prison and jail populations," Serpas added. "For example, reducing or eliminating mandatory minimums so the punishment fits the crime, and developing alternatives to arrest and incarceration will help us keep people safe while not locking up people unnecessarily."