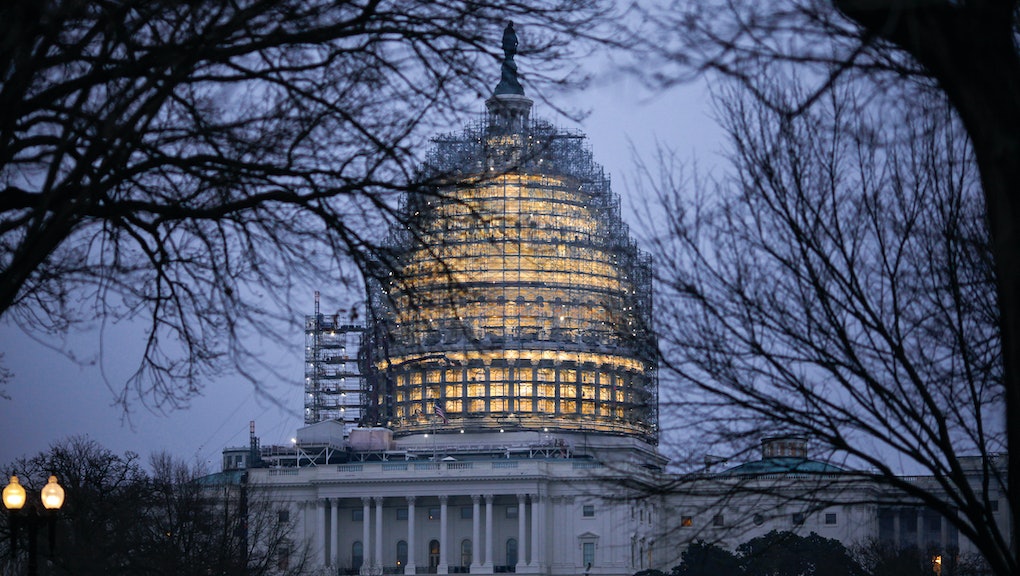 President Barack Obama has said his final State of the Union address Tuesday will be a largely positive reflection on his two terms in office and optimism about the year ahead, however one somber element of the night will serve as a reminder of recent violence and loss. The meaning of the empty chair in first lady Michelle Obama's suite is a symbolic testament to victims of gun violence in the United States, a subject often at the center of heated debate.

"We leave one seat empty in the first lady's State of the Union guest box for the victims of gun violence who no longer have a voice — because they need the rest of us to speak for them,"  the White House announced in a statement Sunday. It would also serve as a reminder to "every single one of our representatives that it's their responsibility to do something about this," the statement read. More than 32,000 Americans die from gun violence each year, an epidemic that many people say deserves more recognition.

The gesture would only be effective, however, "if it translates into action," Obama said during a conference call on gun violence last week, CNN reported. The SOTU comes a week after the president announced a series of executive orders meant to limit the number of guns getting into the wrong hands without contradicting the second amendment.

The meaning of an empty chair: Empty chair symbolism is nothing new in politics, the Washington Post reported, but it's not often used for this kind of purpose. When actor and director Clint Eastwood spoke at the 2012 Republican National Convention, he employed an empty chair to symbolize Obama and what Eastwood said was the president's failure to follow through with the promises he made when elected.

Senior fellow at American think-tank Brookings Institution, Bill Gaston told the Post that empty chair symbolism has long been prevalent in American politics as a "device to symbolize either the unwillingness of a candidate to debate or some other fact about the candidate." He drew several examples, including 1924 vice presidential nominee Burton K. Wheeler's use of an empty chair at a campaign event in Iowa to symbolize the "silence" of President Calvin Coolidge.

Conservatives sound off: Not everyone has embraced Obama's empty chair. In an opinion piece for the Wall Street Journal, President George W. Bush's former speechwriter William McGurn said Obama's final State of the Union empty chair message is a "gimmick...meant to highlight his end run around the second amendment."

"The spectacle is made for President Obama," McGurn wrote. "After all, this is the man who strode out on a stage of foam Greek columns when he accepted his party's nomination for the presidency. How appropriate that in his last State of the Union he now opts for the empty chair routine."

McGurn isn't the only conservative to criticize Obama's empty chair move. Arizona Sen. John McCain said in an interview on MSNBC's Morning Joe Tuesday he thinks there should be a vacant seat for the victims of Syria. "I'd like to see another empty chair for the 250,000 Syrians that have been slaughtered, and barrel bombed, and starved to death and tortured by Bashar Assad thanks to [Obama's] failed policy," McCain said in the interview, according to Politico. "Because of a feckless policy of leading from behind, deciding not to arm the Free Syrian Army over the recommendations of his national security team, including Hillary Clinton."