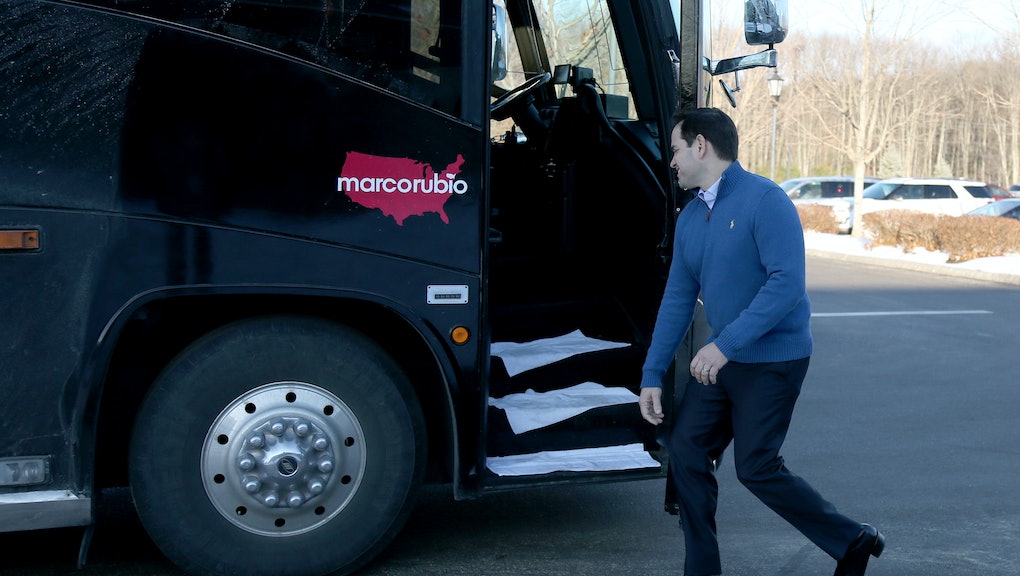 Most everyone is done tormenting Florida Sen. Marco Rubio about those shiny high-heeled booties he wore to a recent campaign event — everyone except former Florida Gov. Jeb Bush, whose Super PAC released a Rubio attack ad taking the boots banter to ridiculous new heights. The video features an animated Rubio dancing  in the same stylish ankle boots that made several headlines last week.

Bush's attack on Rubio isn't random — the two GOP presidential candidates have clashed throughout the primary race. Once allies, the two Floridians have butted heads at several debates. During the October CNBC debate, Bush told Rubio he should resign over his recent absentee record at Senate votes, a jab Rubio said Bush wouldn't have made when the two worked together in Florida. "The only reason why you're doing it now," Rubio responded, "is because we're running for the same position and someone has convinced you that attacking me is going to help you."