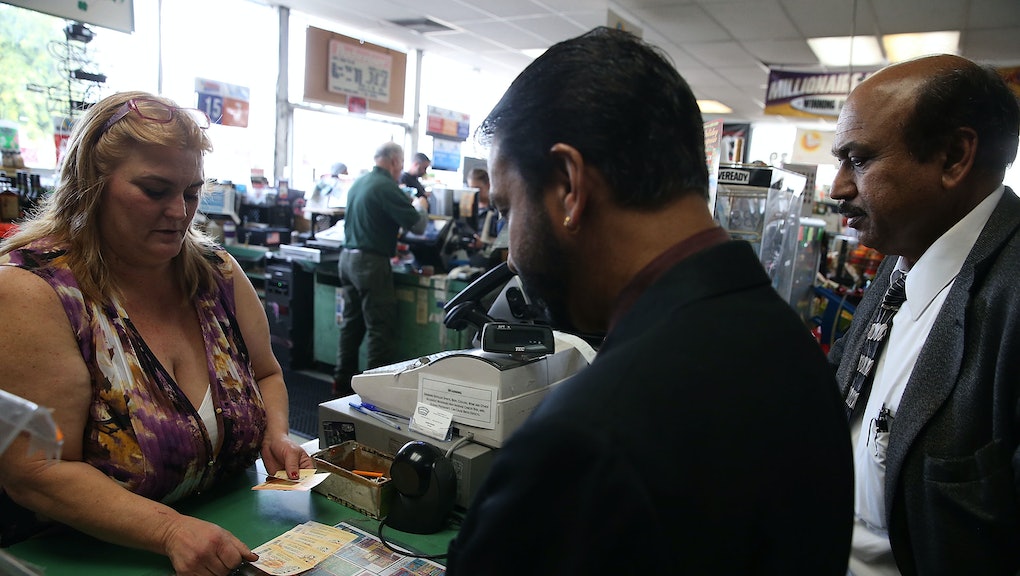 With the Powerball jackpot reaching an estimated $1.5 billion, many lottery ticket purchasers are looking to better their odds by participating in office pools. It may seem like a good idea, but there are things to consider before pooling money with co-workers. While some office pools are a success, others weren't as successful, and resulted in lawsuits.

"Before soliciting names and collecting money toward the purchase of tickets for Wednesday's Powerball drawing or any other New York Lottery drawing, there are a number of strategic and pragmatic steps that need to be taken into consideration to ensure a fun and positive outcome for all involved," state Lottery Director Gardner Gurney said, according to CBS New York.

Here are some ways to avoid the Powerball trouble.

According to the New York State Gaming Commission, lottery pool participants should consider keeping the number of people in the office pool to about 10 or less. Having too many people in the pool could lead to confusion.

Electing a group leader could help decrease confusion and hold members of the lottery pool accountable. Having one person responsible for collecting and accounting money from the group is another helpful tip from the commission.

According to NBC Los Angeles, lottery participants should create a contract with every detail specified, including who is playing and how the winnings will be split. After everyone signs the contract, each participant should be given a copy.

"The written contract can simply say everyone who is signing the document agrees to share the proceeds from the drawing that's going to take place on Saturday," criminal defense attorney Jeff Swartz told WFTS-TV.

Keeping a public list somewhere in the office, so that the employees can see who was involved, is never a bad idea. "Tell all the employees, hey here is a list of all the people in the pool," attorney Leo Terrell told Fox 5 Atlanta.

Participants in any office pool should leave no detail to chance. The New York State Gaming Commission tells participants to even go as far as to decide on who will buy the ticket(s), when they will purchase the ticket(s) and where.