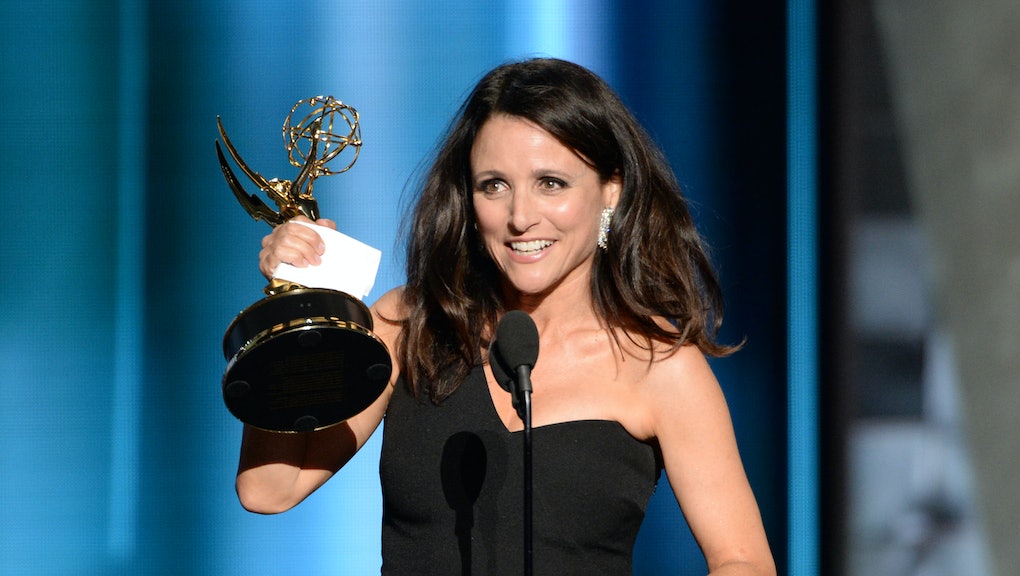 Julia Louis-Dreyfus turns 55 Wednesday, and with two iconic roles in award-winning TV shows under her belt, it's safe to say she's accomplished quite a bit. Dreyfus first made us cry of laughter as Elaine Benes on Seinfeld and now elicits the same effect as Selina Meyer, the first female president, on the HBO comedy series Veep.

She's brutally honest about the heartlessness of politicians.

This is so what President Barack Obama was actually whispering to people during his State of the Union entrance.

She whips up the most creative analogies to describe her staff's incompetence.

She doesn't let running the country interrupt her beauty sleep.

She uses her expertise on foreign affairs to solicit relationship advice.

She submits to no alpha male politician bullshit.