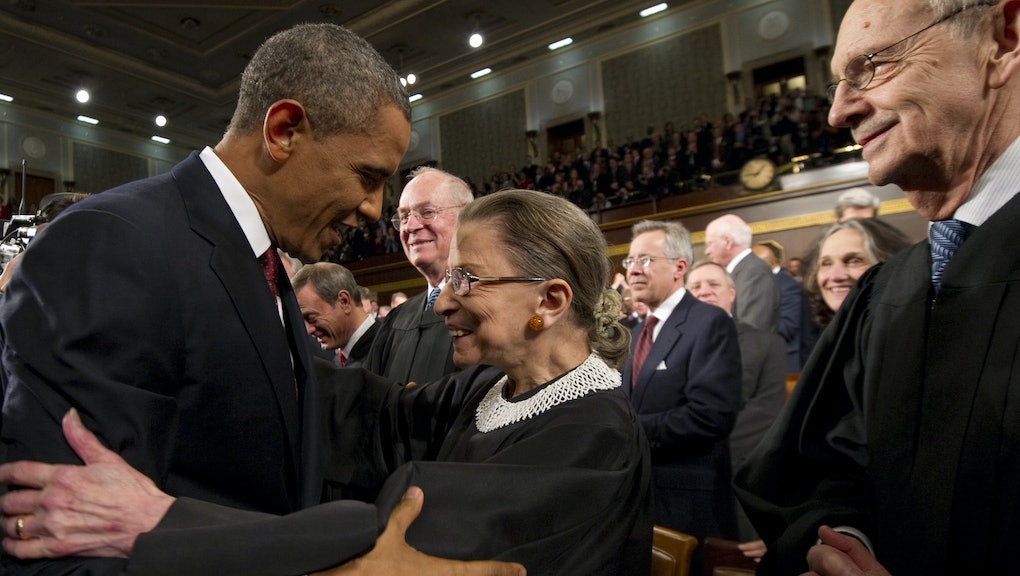 At first, President Obama's final State of the Union address seemed promising for women and other marginalized communities. He greeted feminist favorite Supreme Court Justice Ruth Bader Ginsburg with a hug, as per usual, and touched on his commitment to addressing a number of issues currently oppressing or otherwise restricting Americans, including the need for equal pay, free community college and an end to Islamophobia.

But despite these valid points, many noticed a glaring omission in the president's speech: He failed to address the dire state of women's reproductive rights in the United States, including the many blatant attacks waged on them both during Obama's presidency and in the years sure to come.

Reproductive rights are a pertinent, even dire, issue for millions of Americans. Although abortion is a common legal procedure that the vast majority of women do not regret undergoing, 282 abortion restrictions have been enacted in the United States since Obama's second year in office in 2010. These attacks have hardly abated over time: 51 restrictions were passed in the first half of 2015, according to the Guttmacher Institute. Abortion clinics are closing across the country at an unprecedented pace, according to a Bloomberg report, and state-level legislation — such as the implementation of waiting periods and mandatory ultrasounds — put undue burdens on many women seeking to exercise their right.

Although Planned Parenthood — one of the United States' most iconic resources for reproductive services, as well as general health care — has faced backlash for years, it faced numerous particularly invective attacks over the past year. The Senate and specific states attempted to eliminate its funding. It faced false allegations made in a series of sting videos that ensued in the perpetuation of misconceptions about its work, and facilities in states across the country endured attacks both political and violent.

Plenty of women made their disappointment at Obama's failure to address these issues known on Twitter.

To be sure, in his eight years as president, Obama has supported women's reproductive rights both rhetorically and in terms of policy. Obama notably defended women's "reproductive freedom" during the 2014 March for Life, included a provision for free birth control in the Affordable Care Act and just last Friday vetoed legislation passed by Congress that attempted to eliminate the Affordable Care Act's provision of reimbursements for care received at Planned Parenthood, for example.

This State of the Union address not only reached a huge audience, but set the tone of Obama's legacy as well as his plan to address other issues in his last year as president. Leaving out the recent attacks on reproductive rights, and how he will continue to address them, seems like an unsettling oversight.