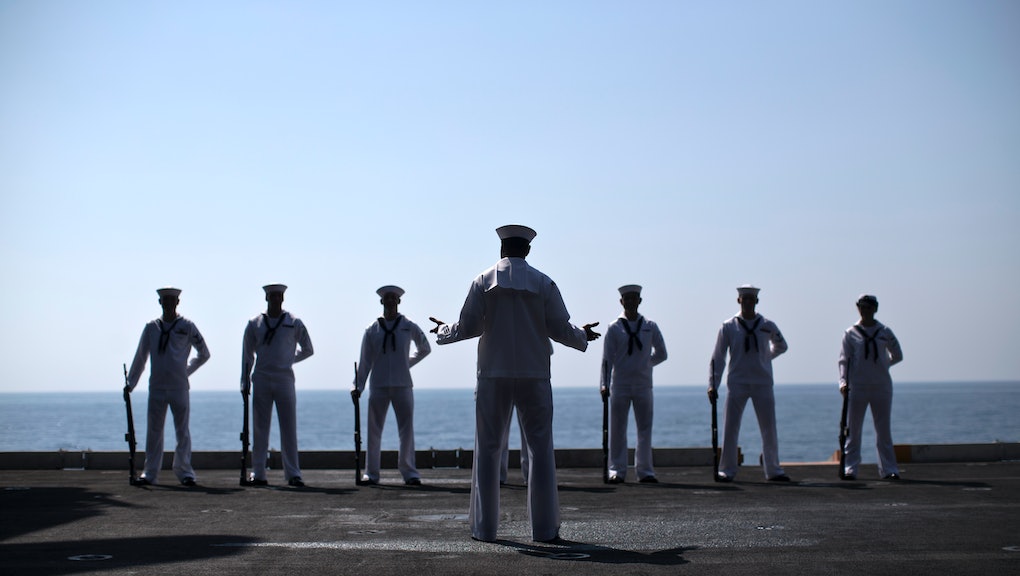 US Sailors Released by Iran — Here's How It Happened

Ten U.S. Navy sailors and the two boats they had been captaining were released from Iran's custody Wednesday, CNN reported. The sailors, nine men and one woman, were held during the night at a naval base on Farsi Island in the Persian Gulf, after what Iran described as alleged "trespassing." U.S. government officials lost contact with the patrol boats as they charted a course from Kuwait to Bahrain, Pentagon spokesman Peter Cook told the AP.

"We have been in contact with Iran and have received assurances that the crew and the vessels will be returned promptly," Cook told the AP.

According to a statement from the U.S. Navy, the sailors were uninjured while in Iran's custody, but it would launch an investigation into the series of events that caused their captivity.

"The sailors departed Farsi Island at 8:43 a.m. GMT, aboard the two Riverine Command Boats that they had been operating when they lost contact with the U.S. Navy," the statement read. "The sailors were later transferred ashore by U.S. Navy aircraft, while other sailors took charge of the RCBs and continued transiting toward Bahrain, the boats' original destination."

According to the New York Times, state-run media outlet Islamic Republic of Iran News Network reported, "The detained U.S. Marines, after it was realized that their entry into Iran's territorial waters was unintentional, and after the Marines apologized, were released into international waters in the Persian Gulf," citing a report from the Islamic Revolutionary Guards Corps.

The incident began Tuesday evening, when many in the U.S. were focused on President Barack Obama's final State of the Union address, which he delivered before Congress and viewers at 9 p.m. Eastern. During his speech, Obama touched on gun violence in the U.S., warned that extreme partisanship would only damage progress and touched on what he says is a noticeable rebound in the U.S. economy since he took office. Yet on Tuesday, Obama also spoke of America's role as a world leader, among other things, and of the importance of using that power diplomatically, without acting as the world's police.

It could be that Iran's swift release of U.S. soldiers is representative of the kind of international diplomacy Obama alluded to during the State of the Union address, particularly regarding its recent dealings with Iran, considering U.S.-Iran relations have been taxed by two years of negotiations to sign a nuclear deal. Or, at least, Iran's rapid release could reflect how tensions have "eased" between America and Iran since reaching that nuclear agreement diplomatically in July, according to Al Jazeera.

The terms of the deal are simple enough — the U.S. will lift an embargo on Iran that's lasted over a decade and the Iranian government will hand over the majority of its plutonium and agree to routine inspections of its nuclear weaponry.

According to the New York Times, the next steps in the agreement are expected to be completed in the coming days.