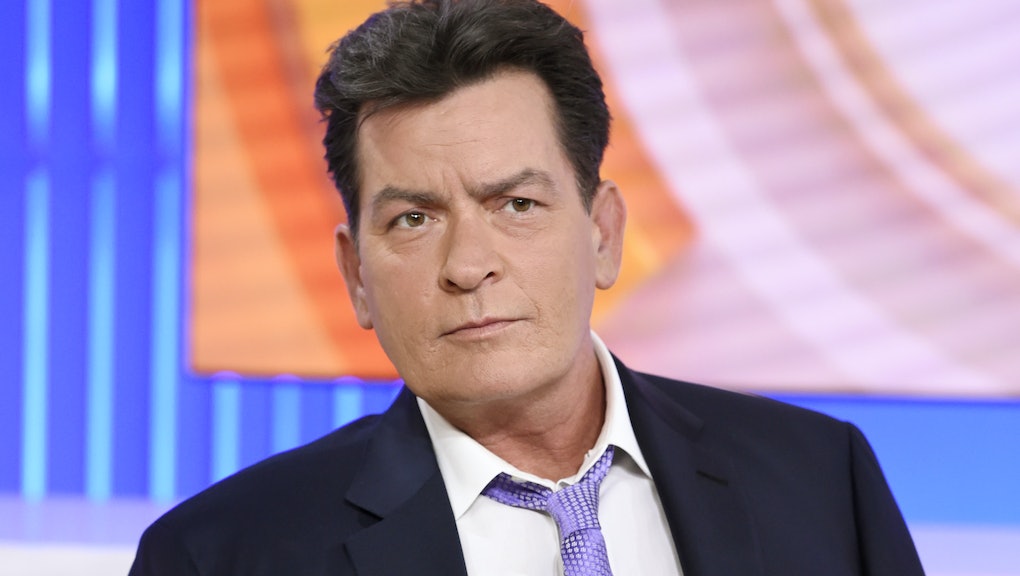 In an appearance on the Dr. Oz Show on Tuesday, Charlie Sheen confessed that he had stopped taking medicine to manage his HIV and sought alternate treatment in Mexico via a doctor who promised him a cure.

Sheen told Dr. Oz that the side effects of his medicine were too much to bear. While HIV medications are more effective than ever, some people do continue to experience side effects, often stomach-related, from their regimens.

So what happens when patients go off their meds? Dr. Antonio Urbina, associate professor of medicine at Mt. Sinai Hospital, broke it down to Mic this way.

HIV, which hijacks a person's immune system, rebounds when a person stops taking treatment. At that point, the virus has the opportunity to infect new cells as well as penetrate deeper into the HIV reservoir, a store of HIV-infected cells in the body that's unaffected by medication. Treatment holidays, scheduled breaks when people stop taking their HIV meds, also became popular in the late 1990s and early 2000s, though, Urbina said, most infectious disease doctors would urge patients to steer clear of them now.

"The way you develop resistance is if you take your pills 40% to 70% of the time," Urbina told Mic. "If you stop them altogether, you won't have any drug on board to select for resistance."

Urbina said that, of those HIV-positive patients in the Mt. Sinai system on medication, close to 90% take their medication, which is higher than the 37% average nationwide. When on a successful treatment plan, a person who takes medications is undetectable, which means they're healthy and do not transmit the virus. However, not everyone can stay on top of their regimen.

Urbina also said that Sheen should have had a conversation with his doctor before seeking out alternative treatment. Switching medicine and simplifying therapy could have been an option, if the side effects were too harsh, he said. There are over 40 options for medications, many of them one-pill-a-day and tweaked to suit a patient's specific needs.

"The responsible way to deal with those reasons [for lack of adherence] is to have a discussion with your doctor before doing anything that could end up hurting yourself," Peter Staley told Mic. Staley is a longtime activist with AIDS Coalition to Unleash Power (ACT UP), founder of the Treatment Action Group and star of the Oscar-nominated documentary How to Survive a Plague.

According to Scott A. Kramer, a licensed clinical social worker who works primarily with HIV-positive gay men, social stigma may still be the biggest enemy of a lot of people living with HIV, and that plays out in whether they take remain on medication.

"There are some people who say, 'I don't think about my HIV at all, except for when I'm taking my medication,'" Kramer said. But Kramer did say that these cases are increasingly rare with the advent of more tolerable medication. While HIV may be more manageable, and a less physical burden, the process of taking a daily pill can be a psychological burden.

Sheen may be in the middle of a perfect storm for HIV treatment struggles. Yes, Sheen is a wealthy, straight, white man who has it comparatively easier than many marginalized people who live with HIV. But Kramer looks at it this way. "In some ways, there may be even more of a stigma and less support systems," he said. "I think it can be more difficult."

Though sympathetic to Sheen's burden as an HIV-positive celebrity, Staley said that he is acting irresponsibly for someone in the public eye.

"To be a public advocate for a disease that you share with millions of people, it's a huge responsibility," Staley said. "It's not some personal vanity project, which is what it felt like watching this interview."

Staley also told Mic about the desperate things that people did in the 1980s and early 1990s before effective anti-retroviral therapy. Trials included substances like dextran sulfate or AL721. Like Sheen, some people tried much more dangerous experimental cures, like heating the blood and then reintroducing it to the body, but those were debunked as dangerous and unhelpful.

"We weren't doing what Charlie Sheen was doing, which was playing with a crazy cure person selling false hope," Staley said. "We were very skeptically trying things that had some modicum of potential and very little downside. In my mind, a lot of what was happening in the '80s was still rational."

Staley called any attempt to find a cure in the manner Sheen did a "fool's mission," but he was much more concerned about the impression it would leave on others who dream of a cure.

"There will be invariable phone calls to this so-called doctor in Mexico," he said.