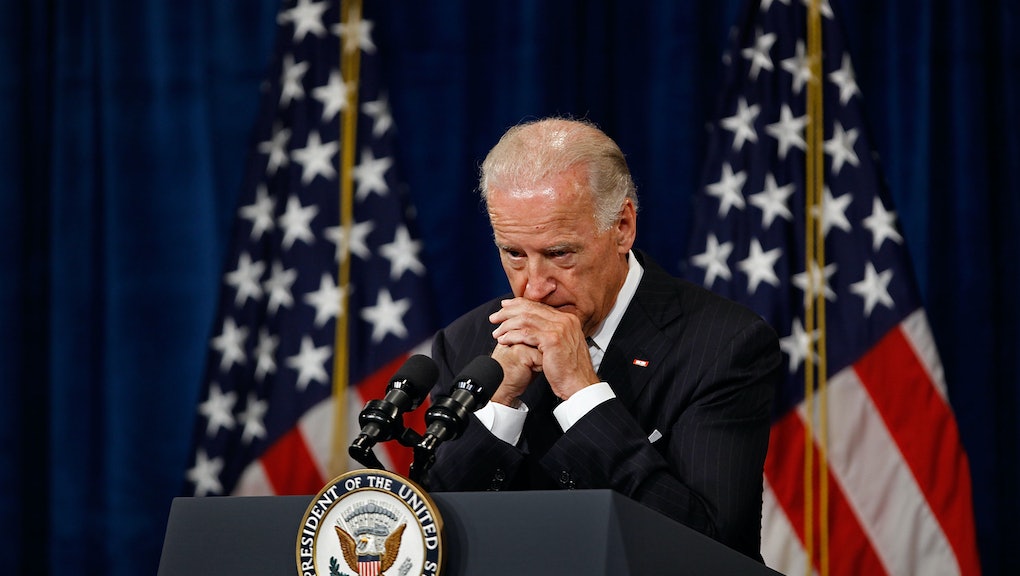 State of the Union watchers buzzed when Republican House Speaker Paul Ryan remained in his seat as President Barack Obama announced a renewed drive to find a cure for cancer.

But optics aside, Obama's rollout of the new initiative, to be spearheaded by Vice President Joe Biden, has turned out to be one of the very few SOTU planks garnering support from members of both sides of the aisle.

"Last year, Vice President Biden said that with a new moonshot, America can cure cancer," Obama said Tuesday. "Last month, he worked with this Congress to give scientists at the National Institutes of Health the strongest resources that they've had in over a decade."

"And because he's gone to the mat for all of us on so many issues over the past 40 years, I'm putting Joe in charge of Mission Control," he said. "For the loved ones we've all lost, for the families that we can still save, let's make America the country that cures cancer once and for all."

Biden understands that loss viscerally. His son, Beau, died of brain cancer in May.

From a practical standpoint, the years the vice president spent in the Senate afford him a critical understanding of how deals get made in the District, including how lawmakers come to an agreement when it comes to federal funding.

"The Republicans have already reached out. This is a place where there's really common ground," he said on Good Morning America. "I think we can generate a consensus here."

House Majority Leader Kevin McCarthy, like many Republicans, didn't care for most of Obama's speech. The fight to defeat cancer was something — the one thing — he said he could get behind: "I want to cure cancer with him," McCarthy said of Biden, per CNN.

This matter of life and death, of course, is a matter of money — and the Obama administration has not been a time of boosted funding for medical research, according to the American Cancer Society's Cancer Action Network lobbying arm.

The group noted in December that the omnibus fiscal year 2016 federal spending bill included a $2 billion increase for medical research at the National Institutes of Health and a $264 million increase for cancer research at the National Cancer Institute. That funding came as a relief after several zero-growth budgets that "stifled innovation and forced researchers to abandon promising projects," the group said.

On Wednesday, the group's federal relations director, David Pugach, told Mic, "There is clear and continued support from both sides of the aisle to make progress in a disease that is expected to kill 590,000 people in America this year. We hope members of Congress embrace this historic opportunity to reduce death and suffering from cancer."

In a Medium post coinciding with Obama's address, Biden also sounded a note of urgency.

"I know that we can help solidify a genuine global commitment to end cancer as we know it today — and inspire a new generation of scientists to pursue new discoveries and the bounds of human endeavor," he wrote.

"We must move forward right now. I know we can."