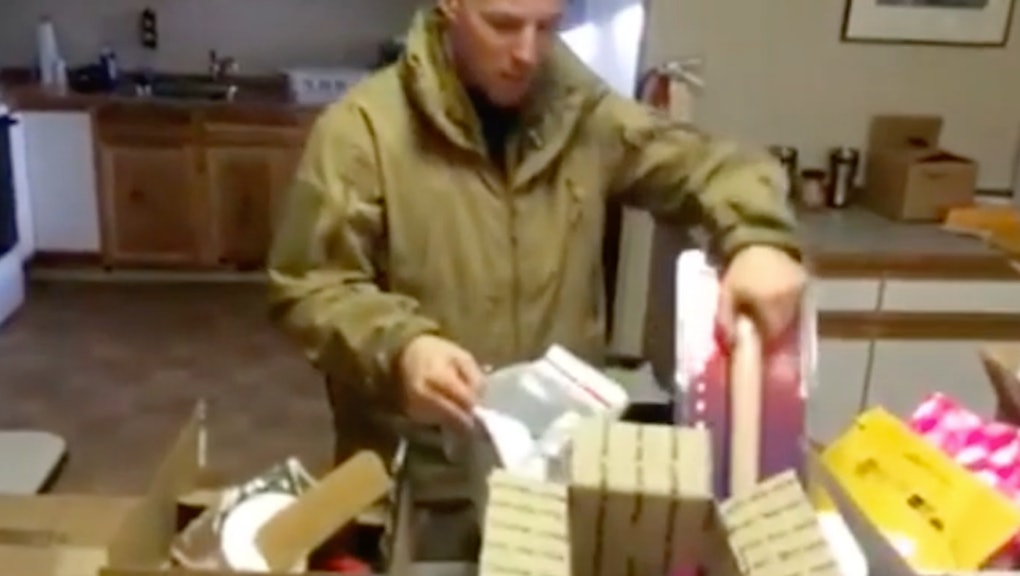 Ammon Bundy and his crew of armed ranchers are still continuing their anti-government occupation of the Malheur National Wildlife Refuge, a federal building in Oregon. The standoff began earlier this month, and the occupiers have vowed to stay holed-up in the building "for as long as it takes."

"This one was really funny," Ritzheimer says at one point in the video. "A bag of dicks." Then he pushes all the sex toys off the table and onto the floor.