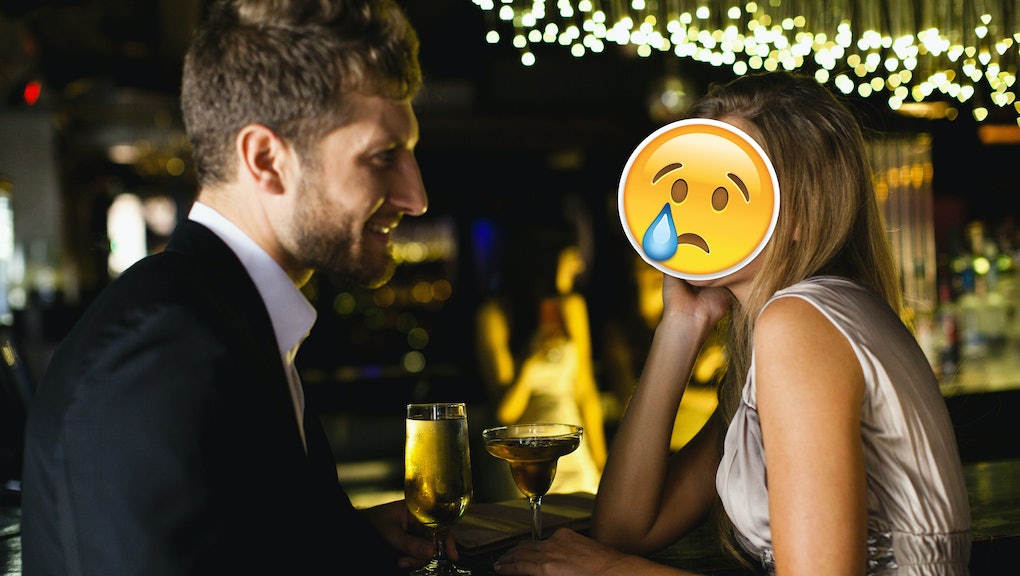 These Are the Emojis That'll Get You Laid More, According to OkCupid

When attempting to woo a stranger on a dating app, which emojis are the best emojis? Should you kick things off with an innocuous smiley face? A playful wink? A brazen eggplant?

Thanks to a brand new data dump from OkCupid, we now know the answer is actually none of the above. The site has compiled its top five response-generating emojis, and the results may actually surprise you:

Who knew that the notoriously chill hookup culture generation was so into emotions?!

Even though these emojis are more likely to merit a response, it seems that only a brave few actually use them. These are the site's actual most used emojis, many of which align closely with past research stating which emojis single men and women are most likely to use. Please note the painfully safe blushing emoji, the predictable heart emoji and the profoundly chill-but-not-chill winky-face emoji:

While it's slightly troubling that two of the top five response-generating emojis involve tears (why are you crying?), it is enlightening to know that playing it totally safe with one's emoji game doesn't actually pay off in the long run.

According to the OkCupid data, however, the worst offense one could commit when trying to strike up a conversation with a stranger isn't sending a dreaded winky face. It's simply saying "hey." OkCupid reports that this opener has an 84% chance of being ignored. (We can only assume that the 16% of users for whom "hey" actually does work are, like, model-hot people who have never had to work hard for anything in their lives.)

That the segment of users looking for hookups is a clear minority on the site overall seems a little counterintuitive to everyone's fave narrative of millennials as "the Tinder generation," but it's not the first time research has suggested that singles want something more than a quick lay. A 2014 Pew Research survey found that even though the marriage rate is plummeting, millennials are still overwhelmingly interested in settling down and getting married — they're just doing it a bit later than their parents did.

So there you have it: Singles on OkCupid are still looking for love and not just casual sex, despite rumors to the contrary. And if our favorite emojis are any indication, we're all a bunch of big ol' softies. So keep the eggplant emojis in your pants, gentlemen. You're not impressing anyone.